President Reuven Rivlin on Sunday denied the request for a pardon filed by Elor Azaria, who is serving a 14-month sentence for killing an Arab terrorist who had already been subdued. Azaria’s original sentence of 18 months in jail has already been cut down to four months by Chief of Staff Gadi Eizenkot.

The text of the president’s decision, handed to Azaria by the Legal Advisor to the President’s Office.


“The President has given his opinion regarding the offenses committed by you and their circumstances, the content of your written application, and all the material and opinions brought before him, and has decided to reject the application,” the rejection letter read.

“From examining the material before him, the president learned that in passing sentence, the military court took into account the circumstances raised by you – which appear in part in this pardon request – as consideration of leniency, and noted it took them into account in passing a lighter sentence.

“In addition, in September 2017, the Chief of Staff saw fit to further ease your sentence and reduce the punishment by four months […] for reasons of compassion and while taking into consideration your military service as a soldier in the operational arena.

“In his decision, the President took into account the fact that you are expected to face a committee in approximately three months, to consider your release.”

Azaria’s request for clemency did not include an expression of regret or remorse, which likely sealed his chances for a positive response from the president.

“I did not get a fair trial, it’s my feeling and nothing will change it,” he wrote Rivlin, “I ask the President for justice and mercy.”

Azaria enclosed recommendations from his former commanders and wrote that “I accepted the sentence, I am sitting in prison, far from the family and isolated from the world. Believe me, I sit and think a lot about the circumstances: an Israeli soldier whose freedom was denied him because he acted against the evildoers who had come to shed Jewish blood. I want to return to my family and help heal its fragments. We will never return to being the same Azaria family from Ramla.” 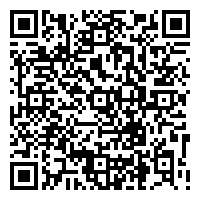