The arrest of the Jerusalem Mufti on Tuesday for throwing chairs at Jews on the Temple Mount prompted the Jordanian parliament on Wednesday to demand that King Abdullah expel the Israeli envoy. The legislators also called to start a draft for a law to scrap the peace treaty with Israel.

Police arrested an Arab from entering the Temple Mount, and an enraged Grand Mufti and other Arabs began throwing plastic chairs at five Jews who entered the Temple Mount under police escort. Arab media said they prostrated themselves, an act of prayer that the Waqf prohibits, except for Muslims.


Police spokesman Micky Rosenfeld told The Washington Post the group did not carry out any act of prayer. As usual, Palestinian Authority media exaggerated the entire scene. Arab media always report that Jews “stormed” the Temple Mount. The Bethlehem-based Ma’an news agency reported that 50, and not five, Jews prostrated themselves.

Israeli police stepped in to end the clash before it could get out of hand and arrested the Mufti, a rare action.

It did not take much time for Jordan to hear of the altercation, and the country’s parliament unanimously agreed that the kingdom should expel the Israeli ambassador and recall its own ambassador from Tel Aviv. The parliament added its own imagination to the facts and claimed that Israel is trying to build a bridge between the Al Aqsa mosque and Jerusalem “settlements.” The parliament also called for drafting legislation to scrap the peace treaty with Israel.

Several hours later, Israel released the Mufti, which probably was not related to the Jordanian parliament’s move. The government knows full well that the Arab world will not sit passive with the Jerusalem Mufti being taken from his home for interrogation.

The U.S. State Department was asked by reporters to comment on the fuss, and assistant spokesman Patrick Ventrell told them, “We urge all sides to respect the status quo of this holy site and to exercise restraint and refrain from provocative actions.

As usual, the State Dept. does not what it is talking about.

The Israeli government passed the Protection of Holy Places Law on June 27, 1967.

“The Holy Places shall be protected from desecration and any other violation and from anything likely to violate the freedom of access of the members of the different religions to the places sacred to them or their feelings with regard to those places.”

The wise State Dept. does not also know much about the Mufti, Muhammad Ahmad Hussein.

In 2006, he stated that suicide bombings of Israelis were “legitimate, of course, as long as it plays a role in the resistance.”

On the other hand, one could say he simply was maintaining the status quo, which the Oslo Accords and the peace treaty with Jordan changed.

After Jerusalem was restored to Israel in 1967, the Israeli government didn’t want to have much to do with the Temple Mount for many reasons, not the least of which was the concern of a religious war with Muslims as well as the complicated and complex issue in Jewish law of whether it is even permitted for a Jew to ascend to the site of the destroyed First and Second Temples.

The government left authority for the Temple Mount site in the hands of the Muslim Waqf site, with the stipulation that Israeli police could patrol the site and enter the mosque area, if necessary.

The “status quo” ended in 1969, when an Australian evangelical Christian tried to burn down the mosque to hasten the Second Coming, if not World War III.

Muslims began to renovate buildings on the Temple Mount and tried to minimize the presence of Israel soldiers. A plot by a Jewish underground movement to blow up he Al Aqsa mosque and Dome of the Rock to awaken Jews to a spiritual revival, or alternatively, bring on World War III. 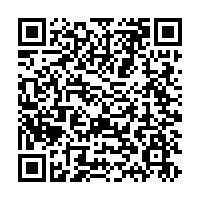