The outraged city of Bnei Brak says if the government-run NTA company refuses to stop its tunneling work for the Light Rail system over the upcoming Yom Kippur (Day of Atonement)holy day, the city will petition the court to block it, according to a report by Israel’s Channel 10.

The city says a decision by NTA to staff and maintain the equipment on site over the weekend is a violation of an agreement signed between Bnei Brak Mayor Hanoch Zeibert and Deputy Accountant General Gil Shabtai on behalf of the government, prohibiting digging and other work on the Light Rail tracks during the Sabbath and on Yom Kippur.

The company’s letter to the Attorney for the Municipality of Bnei Brak, received Sunday, was received after the arrival of the tunnel-mining equipment in the city last week. It comes as the latest salvo in an ongoing battle between NTA and the Bnei Brak municipality over the city’s Light Rail construction during the Sabbath.

The machinery will not be operated during the holy day of Yom Kippur itself, NTA clarified. However, the company insisted that the equipment must remain staffed and maintained at all times for safety reasons. “We are a government company that operates in accordance with the law,” the NTA said.

In response, the city warned that if the company refused to respect the signed agreements, “we will weigh the option of petitioning the court for a restraining order.”

The employees who will remain with the machinery during the Yom Kippur / Sabbath weekend will not be Jews, NTA said. 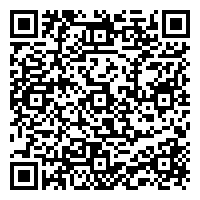