Prime Minister Binyamin Netanyahu will be fighting members within his coalition next week over the next stage of the release of 104 Palestinian Authority terrorists and security prisoners, the first batch of which was freed in July in return for the resumption of talks between negotiators for a peace agreement with the Palestinian Authority.

After all the sickening comments of the “painful” decision that tore Israeli apart emotionally, Prime Minister Binyamin Netanyahu promised that the next batch of terrorists would not be released unless Palestinian Authority chairman Mahmoud Abbas showed he is sincere for peace.

Since that masochistic and sadistic moment of the release of more terrorists convicted and jailed for some of the worse terrorist attacks ever committed in Israel, Palestinian Authority terrorists have murdered three Israelis, two of them soldiers and one of them a retired colonel. They have attempted to kill a nine-year-old girl and have tried to run over a soldier with a tractor. They have held a Haredi Jew at knifepoint on a bus for several seconds until fleeing, and they have thrown hundreds of rocks and firebombs at passing Jewish motorists.

Abbas did not express any regret for the murders and in fact often praised the terrorists.

But all of this is nothing compared with his glorious achievement of keeping up the peace talk charade for several weeks.

For U.S. Secretary of State John Kerry, that is proof the man really wants peace, and let’s not let a few terrorist attacks get in the way.

After all, Kerry reasons, Abbas is a real giant for agreeing to talk at all considering that Israel continues to announce new building for Jews in those settlements that President Obama calls ”illegitimate” because they contradict American policy that sees Jews in Judea and Samaria as a threat to the security of Americans from New York to East Podunk. According to the State Dept., those terrorist attacks would not have occurred if Israel simply had folded up and gone away years ago.

The magic date for the release of the next batch of killers is next Tuesday.

The same seven ministers who voted against the decision to release the 104 terrorists are fighting Netanyahu again, but have no fear, Mr. Kerry. Israeli negotiator Yitzchak Molcho has assured everyone that the Prime Minister is a strong man and will resist pressure to stop the blood-letting of allowing more terrorists to get back to business and organize more terrorist attacks.

That way, Israel can arrest them again and let Abbas talk to win their release again.

It does not make sense to Likud ministers Gilad Erdan, Yisrael Katz, Yisrael Beiteinu ministers Uzi Landau and Yair Shamir, and Jewish Home ministers Naftali Bennett, Uri Ariel and Uri Orbach. All of them voted against the “painful” release of murderers. No painkillers were handed out to the relatives of the victims who died in the suicide bombings, firebombings and shooting attacks carried out and organized by the terrorists.

But Netanyahu has on his side a majority who like pain.

The two cowards who abstained in the July vote are Likud ministers Silvan Shalom and Limor Livnat.

Assuming Netanyahu wins the day rather than being the loser in Kerry’s “blame game” strategy, the ministers will have approved freeing terrorists such as Ayman  Sharuna, who was sentenced to 38 years in prison in 2002 for a Be’er Sheva bombing that wounded 18 people and for several shooting attacks.

Israeli officials apparently did not feel enough pain in 2011 when they authorized his release along with 1,000 other terrorists for the return of kidnapped IDF soldier Gilad Shalit.

They did not feel enough pain when they freed him again last March after he had been arrested for returning to terror, as reported here.  Why on earth would Sharuna  have done such a dastardly think as to return to terror when he actually signed a promise not to do? 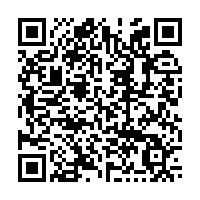