(1) Under-promise and over-deliver (Abraham offered a little bread, but provided a whole feast)


(3) A real tzadik is not someone who hides in the bes medrah or lives in fear of being tainted, but someone who goes out into the world and sets an example (SRH on “btoch ha’ir)

(5) The conventional wisdom as per Rashi is often (always?) challenged by other Rishonim (I discovered this for the first time on the question of Rivka’s age, which is set at three due to chronology based on the concluding verses of Vayera)

(6) If something amazing happens to you, don’t turn into a snob about it (after Abraham is visited by an angel on Moriah, he returns to the lads he left behind and travels home with them “yachdav” as if nothing has changed)

(7) Don’t spin out a whole lot of drama about what someone might do, or would do, or wants to do. Just look at what actually is (Midrash on “ba’asher who sham”) 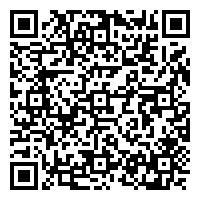