The symposium was held to promote academic exchange between the United States and Israel by building long-lasting relationships based on mutual collaboration in science.


Held at Tel Aviv University, the symposium featured presentations by Zuckerman STEM Scholars about their respective areas of research, including non-surgical treatments for obesity, the modification of microscopes to extract 3D information and color images, the study of echolocation as used by bats to find food in the dark, and many others.

The lectures made the case for investing in STEM research as a pedagogical bridge between the two nations.

Launched in January 2016, the Zuckerman STEM Leadership Program aims to strengthen the US-Israel relationship by building long-lasting relationships based on mutual collaboration in science.

In addition, the symposium served as a launch pad for a new partnership with the Alan Alda Center for Communicating Science at Stony Brook University that will focus on honing the verbal communications skills of all current and future scholars.

Under the Zuckerman Institute-Alda Center Scholars Project in Israel, scholars will participate in 2-day workshops with Alda Center facilitators and researchers. They will receive ongoing support through the Alda-Kalvi Online Learning Center, gaining the tools they need to collaborate more effectively with other researchers, increasing the effectiveness of their communication with funders and policy makers, and utilizing the “Alda Method” to enhance their research methodology and identify opportunities for publication in peer-reviewed journals. 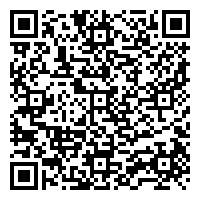