Tareq Ka’adan, a leader of the Palestinian Islamic Jihad (PIJ) terrorist organization was arrested late Sunday night by the IDF, according to Galei Tzahal radio. He was arrested in his home in Arrabeh, southwest of Jenin, in the Shomron (Samaria) region.

There has been a war of words between Israel and the terrorist group, following Israel’s destruction of the Islamic Jihad’s terror tunnel in Gaza that extended across the border towards Kibbutz Kissufim, which killed a number of Islamic Jihad and Hamas terrorists.


Maj. Gen. Yoav Mordechai of COGAT posted a video in Arabic warning Islamic Jihad’s leaders in Syria, that Israel knows of their plans and intentions, and will respond to them forcefully as well as against Hamas, if any attack is carried out.

Islamic Jihad, on their part, has sent instructions to their followers to commit a major terrorist attack against Israel as soon as possible. 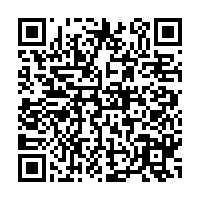