The director of Israel’s international espionage agency, the Mossad, warned the cabinet at its weekly meeting on Sunday that Iran is increasing its control over the Middle East as the Islamic State terrorist organization reduces its presence.

Yossi Cohen said in his briefing that through its proxy groups in Syria, Lebanon, Iraq and Yemen, where ISIS is slowly dissipating, the Islamic Republic is “working to fill the void.”

Two weeks ago, an Iranian foreign ministry official met with top officials from Hamas, Hezbollah, Palestinian Islamic Jihad and the Popular Front for the Liberation of Palestine (PFLP) in Beirut. A few days later, Hamas, Hezbollah and PIJ officials traveled to Tehran to attend the inauguration ceremony for Iranian President Hassan Rouhani’s second term in office.

The Iranian proxy officials remained in Tehran several more days for talks with top government officials, according to state-controlled media, as did top officials from North Korea, who opened a new embassy in the Iranian capital.

Iran has never let go of its nuclear ambitions, Cohen said. The JCPOA agreement signed with six world powers in 2015 only strengthened Tehran’s aggression in the region, allowing Iran to replenish its budget and fund its regional proxies, while renewing business ties with European nations.

Iran’s economy received a new infusion as a result of the recent international agreements, he said.

Prime Minister Benjamin Netanyahu noted that the intelligence assessment made it clear that the JCPOA was fundamentally unsound but added that Israel was not obligated to abide by it.

“Israel will continue to act determinedly and in a variety of ways to defend itself from these threats,” Netanyahu said.

Meanwhile, Iranian lawmakers on Sunday voted to boost spending on Tehran’s missile program. The bill allocates $260 million to Iran’s ballistic missile program and the same sum to the Quds Force – the extraterritorial arm of the Islamic Revolution Guards Corps (IRGC), which has been active in Iraq Syria and Yemen. The Quds force is designated a terrorist organization by the United States.

Iran said the measures came in response to sanctions imposed by the US in August over Tehran’s missile program. 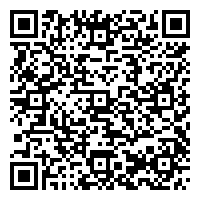