In a resolution drafted by the United States after negotiations with China, the United Nations Security Council on Saturday unanimously approved new sanctions on North Korea. The sanctions include a ban on exports worth more than $1 billion and are aimed at increasing economic pressure on Pyongyang to return to the negotiating table over its nuclear and missile programs.

But six rounds of sanctions already imposed by the UNSC have done nothing to halt the DPRK’s drive to improve its nuclear and missile capabilities.


Moreover, the Jerusalem-based Begin-Sadat Center (BESA) pointed out in a blunt article whipped out Saturday night that economic sanctions against North Korea will not be enough to convince Pyongyang to give up its nuclear and missile capabilities.

Korean and Asian affairs expert Dr. Alon Levkowitz wrote that state leaders who suggest sanctions against North Korea will convince Pyongyang to give up its nuclear and missile program are “succumbing either to wishful thinking or false assumptions about North Korea.”

Among others, China has been one of the major actors to selectively impose sanctions against Pyongyang, he contended, adding that that some sanctions can be bypassed, particularly those dealing with the nuclear and missile industry. In many cases, Iranian companies were able to do the same, Levkowitz noted, simply by “changing their names or working with new middlemen. North Korea uses the same tactics with the help of Chinese middlemen whom it pays for the service.”

The bottom line, he wrote, is that sanctions are not effective. And soon North Korea will have the capability to launch a nuclear missile. “It will become more difficult to constrain it through sanctions, particularly as long as China and Russia fail to implement them. We must accept the idea that sanctions will not convince the DPRK to give up its nuclear and missile capabilities,” Levkowitz concluded.

Iran’s newly inaugurated President Hassan Rouhani, now entering his second term in office, welcomed North Korean officials to Tehran on Wednesday in time for his own inauguration and the opening of the new North Korean embassy.

The newly-built DPRK embassy was “built to boost exchanges, contacts and cooperation between the two countries for world peace and security and international justice,” according to the KCNA (Korean Central News Agency), quoting Choe Hui Chol, vice-minister of Foreign Affairs.

Iranian vice-minister Ebrahim Rahimpour said in his speech, “The Iranian people, who remember the DPRK’s sincere help and solidarity to Iran when it was in hard times, will fully support the struggle of the Korean people at all times.”

The new embassy hosted a reception the same day.

“There could be very problematic cooperation going on because of the past history and because it makes strategic sense, especial for Iran now,” Emily Landau told CNBC this weekend. Landau is a senior research fellow at the Israel Institute for National Security Studies think tank affiliated with Tel Aviv University, and head of the Arms Control and Regional Security Program.

Last week the United States conducted a test of its Terminal High Altitude Area Defense (THAAD) system in response to Pyongyang’s second test-fire of its Hwasong-14 intercontinental ballistic missile on July 28, which showed the projectile flew long enough to reach both the east and west coasts of the United States.

North Korea’s ruling party issued a fresh threat to the United States on Thursday (August 3), warning the United States there would be more “unexpected gift packages” coming their way. Israeli defense officials are watching these events closely, as North Korean officials tighten their ties with the Islamic Republic of Iran, with whom Pyongyang shares missile and nuclear technology. 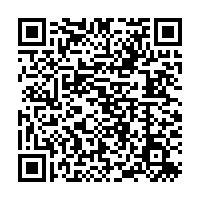