As with a delegation from Pyongyang, however, the trip clearly had more than one purpose.


Hamas has long been a beneficiary of Iran’s beneficence, though the intensity of the relationship has fluctuated through the years depending on the leadership personalities.

Last week al-Arouri met in Beirut with Iranian foreign affairs deputy ministry Hossein Amir Abdollahian, who underlined the importance of strengthening the regional “axis of resistance” against Israel. He spoke of Iran’s support for Hezbollah, Hamas and the Palestinian Islamic Jihad under the banner of Muslim unity, and stressed “fighting the Zionist entity.” All are groups that are dedicated to Israel’s annihilation.

Equally disturbing is the parallel celebration of the opening of a new embassy for North Korea in Tehran, and the 10-day visit of the head of the North Korean parliament, along with other top Pyongyang officials.

Lebanese leaders were present for the inauguration and subsequent celebrations as well, and remained for further talks.

Since North Korea and Iran share nuclear and missile technology, and since Iran provides weaponry to its proxy terrorist groups in the Middle East, this get-together presents particular risks for the Jewish State, as well as for Europe and North America.

Hezbollah, Hamas and Islamic Jihad are all engaged in international operations in order to raise money to continue the battle to eliminate Israel from the region. Some of those activities include drug operations in South America, others involve fund-raising operations in the UK, Canada and the United States, and elsewhere.

Hezbollah is deeply involved in Lebanese political affairs and has in the past decade become a significant faction in the Lebanese government — a fact acknowledged by Rouhani in a meeting on Sunday in which he and the Lebanese parliamentary speaker contested to see who could praise the other more elaborately.

“Victories of Lebanese people against the Zionist occupying regime and terrorists are a matter of magnificence for Lebanon and happiness and honor for the Iranians,” the Iranian president said, according to IRNA. “Now, Lebanon is helping its neighbors to create stability and security and this indicates the might and magnificence of Lebanese people.” He called the success of the Lebanese Hezbollah, armed forces and popular forces against “invaders” to be a “cause of happiness, honor and dignity of all Muslims and friendly nations,” and said he was pleased to see the establishment of internal stability in Lebanon and good planning and programming to administer the country by its officials.

Lebanon’s Parliamentary Speaker, Nabih Berri, for his part, called the swearing-in ceremony a “democratic festivity” in Iran. He said the “victories of Lebanon and the Palestine resistance front against invaders are the results of Iran’s Islamic Revolution values,” adding, ‘We always stand with the resistance front, which the late Imam Khomeini drawn it.’

Iran continues to transfer arms to Hezbollah and to Hamas by sea and on land, through Syria and via Africa, as well as via the Red Sea and the Mediterranean. Tehran has also been working to teach both Hezbollah and Hamas how to produce their own weapons.

In the case of Hezbollah, Tehran has been helping with the construction of underground arms factories in Lebanon. Several years ago Hamas in Gaza was provided with parts, technology and instructions on how to build its own missiles; assistance that resulted in the production of new projectiles that made their debut in the 2014 counter terror war, Operation Protective Edge.

With North Korea now making swift progress in its latest attempts to create new ballistic missiles, one can only assume Iran’s missile technology will not be far behind; that being the case, it is likely Tehran will also share the bounty with its proxies to further destabilize the region as well. 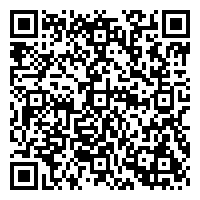