Prime Minister Benjamin Netanyahu on Sunday said that his own and IDF chief of staff Aviv Kochavi’s recent remarks regarding a possible military confrontation with enemies north and south were not a spin, and that the security situation compels Israel to have a wide unity government.

Speaking at the opening of the weekly cabinet meeting, Netanyahu said that the Middle East is again undergoing a jolt, and that Iraq, Lebanon and Syria are turbulent.

“We see what is happening in the Middle East,” the PM told his assembled ministers. “The Middle East is again in upheaval. Lebanon, Iraq and Syria are in turmoil and Iran is running amok through these areas. We know that the force that has served us up until now must continue to strengthen in the face of all these phenomena. This requires tough decisions. What the Chief-of-Staff and I have said is not spin; it reflects the reality of present challenges and those of the near future.

“We must make tough decisions that require a government with broad shoulders, hence the importance of forming a broad national unity government. This is not a political question, but a national and security question of the highest order. I hope that we can advance this goal in the coming days. This was my goal immediately after the elections and it remains our goal. This is what the State of Israel needs now.”

Netanyahu thanked the soldiers that had served under him in the IDF, known as the “Bibi Team,” for their gifts—all of them books—on the occasion of his 70th birthday, and related: “I have started reading Barbara Tuchman’s The Proud Tower. It describes England in 1897, Queen Victoria’s 60th year, a great parade in London. England ruled one-quarter of the world, the largest empire in human history. Riders from dozens of countries in this empire participated in the parade. Everything crumbled a few decades later. There are many reasons, but one reason is clear, they relied on the successes of the past, and from the position of the greatest empire in the world, they declined and declined and, of course, were hit very hard.” 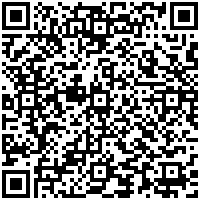