My friend Emma Glazer from the rabidly anti-Israel group IfNotNow sent me an email Friday morning that started: “The Israeli military Occupation over millions of Palestinians is one of the most important foreign policy issues that the next President will face.”

See, I’m taken aback when Emma says stuff like that, as if it’s a broadly accepted fact, that in a world of raging tsunamis and the hottest summers on record; the struggle for water threatening to turn the third world even more miserable; terrorist states like Iran constantly introducing violence and instability in the Middle East; China turning the continent of Africa into its fiefdom, complete with indentured serfs; Russia threatening the democratic processes around the world; race- and religion-related mass murder long since becoming a daily feature in our news reports – that the question of whether or not Mahmoud Abbas become president of Palestine instead of staying the chairman of the Palestinian Authority is so important.

Emma complained: “You wouldn’t know it from watching the round of debates this week,” and stresses: “Next round needs to be different.”

Hopefully she’s wrong, especially seeing as almost the entire House of Representatives—save for 17—has just voted against the BDS movement, calling it what it is: anti-Semitism. Democrats in Congress don’t have the stomach to face their Republican opponents with the stigma of being anti-Israel. Neither do Democratic presidential candidates.

Which is very frustrating to my friend Emma, who urged me this morning: “There are 42 days until the third Democratic debate. How much we can escalate our efforts to bring the Occupation front and center on the debate stage depends on how much we’re able to raise before then.”

OK, you guessed it, Emma wants me to send money. I’m not going to, and, frankly, I don’t believe too many Jewish Democratic voters would either. As much as this reporter was upset in the spring, when several key Democratic presidential candidates avoided the annual AIPAC conference – turns out it wasn’t a trend. The majority of Democratic candidates with a solid chance to land the party’s nomination will not go near the subject of Israel or the peace process; and yes, it means I don’t believe Elizabeth Warren, Bernie Sanders or Beto O’Rourke—who are anti-Israel—stand a chance to win the race.

There was one curious paragraph in Emma’s email this morning: “Our message is clear: candidates must understand that acknowledging the reality on the ground in Israel/Palestine — that Israel enforces a military Occupation — is a baseline position.”

What did she mean by that? Isn’t it a simple fact that Israel maintains a military occupation of most of Judea and Samaria? Has anyone denied it?Actually, it’s only recently that Israel’s candidate to be the next prime minister, Benjamin Netanyahu, has been musing aloud about imposing Israeli civil law on the settlements, to end the occupation there. Jordan maintained a military occupation of those lands until 1967, and then Israel took it over – militarily. It’s an occupied territory, except for the parts of eastern Jerusalem which have been annexed legally.

There’s nothing wrong with a military occupation as a concept – of course, it should be as short as possible, but if the alternative is chaos and yet another failed Arab state – isn’t it preferable?

“I don’t know about you, but I can’t stand by as another debate goes on without mentioning the Occupation,” writes Emma, and asks, sheepishly: “Can you donate $5 to make sure we can make the Occupation a central issue in the next debates?”

“Once we know more about what our resources are, we’ll update you on our plans,” she explains, meaning she’s probably going to ask for at least $5 more.

Well I’m not going to send my hard-earned five dollars to make sure the candidates have even less time to debate more serious issues – but I hope Emma keeps writing me. She’s so young, and idealistic and self-loathing, how can I help adoring her? 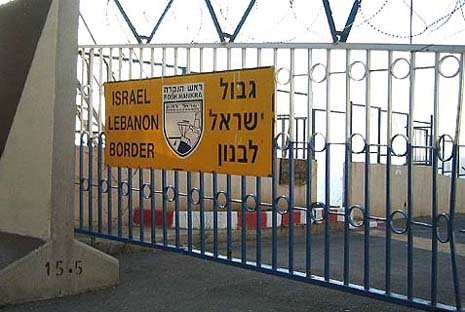 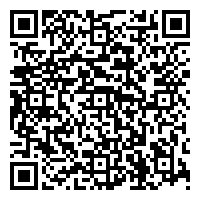