The IDF has launched a surprise call-up of an entire division of 2,000 reserve soldiers for a week-long exercise in the north in the first such maneuver in many years as instability grows on the entire northern border, from the Mediterranean Sea to the Golan Heights.

“This is a special drill, the first of its kind, which simulates a broad-based call-up” to test the system’s capability and preparedness, a senior IDF source said.


The drill is a dry-run, and the mission of reserve officers is to come up with new combat procedures and update plans within 48 hours and prove their flexibility to respond to sudden changes in enemy threats.

The last massive sudden call-up of reserves was prior to last November’s Pillar of Defense counterterrorist campaign, when more than 50,000 reservists flooded the Western Negev and prepared for a ground invasion of Gaza. The IDF sent the soldiers back home without entering Gaza after the Air Force put a temporary end to rocket attacks, which have resumed in the past month.

The exercise coincides with reports that President Barack Obama already has given the go-ahead to the U.S. Armed forces to prepare for a military strike on Syrian President Bashar Assad’s forces once there is binding proof that he has used chemical weapons against rebels.

The president said at a press conference Tuesday, “We know chemical weapons are being used in Syria,” but he added their still is no confirmed evidence of which side is using them.

It is presumed by virtually all analysts that Assad is the war criminal who has begun to unleash one of the most ghastly weapons in the world, using chemicals to kill and disfigure Syrian civilians.

Defense Minister Moshe Ya’alon tried to play down the entire call-up, but his comments may have been his way of explaining why he did not even know of the surprise exercise.

He said Israeli media were “making a big deal out of nothing” and that “not even a tank” was moved in the exercise.

That is true, but the maneuver is not to meant to move weapons, as was done in the Pillar of Defense call-up. It is meant to test the capability of the reservists to drop everything, report for duty and draw up battle plans.

One IDF officer also played down the significance of the call-up, saying it was planned for several months. That also may be true but only underlines its significance.

Like Obama, the IDF is not acting out of panic, but is preparing for the worst, and for good reason.

The Syrian civil war has spilled over into Jordan and into Lebanon. More than 1 million refugees have flooded Syrian’s neighboring countries.

Hezbollah, backed by Iran, has thrown thousands of its fighters into the civil war, where Al Qaeda is trying to establish a power base if and when Assad falls.

Lebanon has been a seething pot, one degree under the boiling point of another civil war. Hezbollah and pro-Assad parties dominate the government, which is an ongoing political earthquake.

The London-based Al-Quds Al-Arabi newspaper quoted Lebanese sources that Hezbollah is preparing for an “Israeli attack,” which could be its code word for an American strike on Syria.

Hezbollah leader Hassan Nasrallah reportedly met this week with Russian Deputy Foreign Minister Mikhail Bogdanov to coordinate a common position. Russia has a vested interest in Syria and has everything to worry about since it has been a prime supplier of chemical weapons.

Prime Minister Binyamin Netanyahu summed up the situation last week in understated language. “Israel watches with keen interest and concern the latest developments in Syria and Lebanon,”   “Syria is breaking down and Lebanon is unstable. Both places pose considerable threats to Israel’s security,” he said.

In the background is Iran, Assad’s key ally.

The Islamic Republic has been huffing and puffing, but is not looking for war at least not without a nuclear weapon.

However, like all Arab wars, they have fueled themselves out of control, and it is highly unlikely that anyone is “making a big deal out of nothing” as 2,000 soldiers continue their exercise near the northern border. 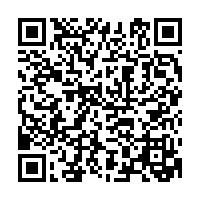