North Korea’s ruling party issued a fresh threat to the United States on Thursday (August 3), warning the United States there would be more “unexpected gift packages” coming their way. Israeli defense officials are watching these events closely, as North Korean officials tighten their ties with the Islamic Republic of Iran, with whom Pyongyang shares missile and nuclear technology.

Kim Yong Nam, president of the Presidium of the Supreme People’s Assembly of the DPRK, arrived in Tehran on Thursday to attend the Iranian presidential inauguration, at the invitation of the government of the Islamic Republic of Iran, according to the Korean Central News Agency (KCNA). He was accompanied by Choe Hui Chol, vice-minister of Foreign Affairs.

In a column entitled “Heed the Warning of Juche Korea” published in Rodong Sinmun, the newspaper of the DPRK’s ruling party, the authors wrote that “every minute and every second, the new reality that U.S. mainland is on the knife’s edge of life and death is forcing U.S. administration to wave a white flag and fundamentally change her North Korea policy.

“It is not the denuclearization of N. Korea, but the security of U.S. mainland which should be the top priority of Trump administration… If U.S. still refuses to accept such a realistic demand and doggedly pursue hostile policy against North Korea in order to save face, she will receive unexpected ‘gift packages’ which we will continue to send,” the column warned.

The system, located at the Pacific Spaceport Complex in Kodiak, Alaska, detected, tracked and intercepted a medium-range target ballistic missile (MRM) air-launched over the Pacific Ocean. It was the 15th successful intercept in 15 such tests for the THAAD weapon system.

“In addition to successfully intercepting the target, the data collected will allow MDA to enhance the THAAD weapon system, our modeling and simulation capabilities, and our ability to stay ahead of the evolving threat,” said MDA Director Lt. Gen. Sam Greaves.

On July 28, North Korea carried out a second test of its Hwasong-14 intercontinental ballistic missile in a test launch that confirmed it can just about reach both coasts of the continental United States, from Los Angeles to New York City.

The Hwasong 14 missile flew for 998 kilometers (620 miles) at a maximum altitude of 3,724.9 kilometers (2,314 miles) for 47 minutes and 12 seconds before landing in the waters off Japan, according to the Korean Central News Agency (KCNA), an announcement that was independently confirmed by Seoul military analysts.

Analysts later said, however, that it appeared the missile broke up into fragments upon re-entry, destroying the apparent success of the test. Nevertheless, they said, the extraordinarily long flight time and the high altitude made it clear that Pyongyang will reach its goal of creating an ICBM capable of reaching all parts of the United States much sooner than originally anticipated. 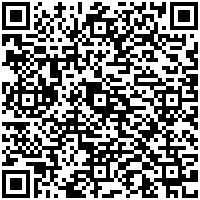