North Korea carried out a second test of its Hwasong-14 intercontinental ballistic missile on Friday, in a test launch that allegedly confirmed it can reach the entire continental United States, from Los Angeles to New York City.

The Hwasong 14 missile flew for 998 kilometers (620 miles) at a maximum altitude of 3,724.9 kilometers (2,314 miles) for 47 minutes and 12 seconds before landing in the waters off Japan, according to the Korean Central News Agency (KCNA), an announcement that was independently confirmed by Seoul military analysts.

“The test launch was aimed to finally confirm the overall technological specifications of the weapon system of Hwasong-14 capable of carrying large-sized heavy nuclear warhead, including its maximum range,” DPRK state media said.

The launch “demonstrated the capability of making surprise launch of ICBM in any region and place any time, an clearly proved that the whole U.S. mainland is in the firing range of the DPRK missiles,” North Korean leader Kim Jong Un said. “If the Yankees brandish the nuclear stick on this land again despite our repeated warnings, we will clearly teach them manners with the nuclear strategic force which we had shown them one by one,” he added.

U.S. President Donald Trump condemned the test on Friday evening, ET, saying, “Threatening the world, these weapons and tests further isolate North Korea, weaken its economy, and deprive its people. The United States will take all necessary steps to ensure the security of the American homeland and protect our allies in the region.” Early Saturday morning, the U.S. and South Korea conducted a joint military drill in response to the test launch.

The launch was North Korea’s 12th missile test this year.

U.S. analyst David Wright, quoted by USA Today, is co-director and senior scientist for the Union of Concerned Scientists. He wrote Saturday in his blog, All Things Nuclear, that the launch was angled in such a way as to send the missile on a “very highly lofted trajectory” which narrowed its range. However, if the missile were to be launched on a standard trajectory, Wright estimated the missile would have a range of 10,400 kilometers (6,500 miles) — making Los Angeles, Denver, Chicago reachable, Boston and New York “just within range,” and Washington DC “just out of range.”

U.S. Secretary of State Rex Tillerson condemned the launch late Friday night in a statement calling on the international community to strengthen UN sanctions against the rogue state, and pointing to China and Russia as main players in the growing drama.

“The United States strongly condemns North Korea’s launch of an intercontinental ballistic missile, the second this month, in blatant violation of multiple United Nations Security Council resolutions that reflect the will of the international community,” the statement read.

“All nations should take a strong public stance against North Korea, by maintaining and strengthening UN sanctions to ensure North Korea will face consequences for its relentless pursuit of nuclear weapons and the means to deliver them.

“As the principal economic enablers of North Korea’s nuclear weapon and ballistic missile development program, China and Russia bear unique and special responsibility for this growing threat to regional and global stability.

“The United States seeks the peaceful denuclearization of the Korean Peninsula and the end to belligerent actions by North Korea. As we and others have made clear, we will never accept a nuclear-armed North Korea nor abandon our commitment to our allies and partners in the region.” 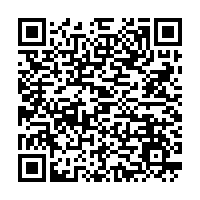