Rostislav ‘Slava’ Rar, the son, and grandson of Russians and Tatars, both ethnic groups that a century ago were no strangers to pogroms and other explicit shows of Jew-hatred, is running for Congress in New York’s 20th congressional district that includes Albany, Schenectady, and Troy. On Sunday, he published an op-ed in the Daily News (What we can learn from yeshivas) that was heartwarming – cynical comments on politics and strange bedfellows notwithstanding.

“For several years, a narrative has developed attacking Hasidic yeshivas as inferior to the public schools. This narrative relies not on data, but instead on anecdotes, innuendoes, and xenophobic tropes,” Rar writes, explaining: “People who fuel these narratives almost always do so by saying that they are concerned for Chassidic children. They say that these students need to learn certain unspecified facts about the world in order to be competitive in the modern marketplace. They measure success by wealth, and express concern for strictly Orthodox Jews who do not go on to prosper economically.”


Rar cites a July 30 Daily News op-ed by Elana Sigall (Ultra-Orthodox kids deserve better) about her 2015 visit to a newly constructed Chassidic school, recounting her reaction at being shown a room that was to serve as a lab: “I was confused for a moment, knowing that this school would never allow students to use computers.”

“I was also there during her visit,” Rar interjects, “and I recall the exchange she references. What is most frustrating about her anecdote is that the school she visited does have a computer lab, and although it was not fully equipped during her visit, a room for it was already allocated. The girls who attend that school do learn how to use computers, and graduates go on to have careers where computer literacy is important. But those facts don’t penetrate when one is predisposed to believe that Chassidic schools are inferior.”

Rar describes himself on his election website as “a straight white male working every day to challenge my own racism, sexism, homophobia, and xenophobia that undergird systemic inequity, economic injustice, and generational trauma. In so doing, I stand here, acknowledging my own privilege not as an entitlement—but as a call to action.” So he’s no stranger to Critical Race Theory but hasn’t yet fallen prey to the Me-too hunters.

He’s certainly not making liberal friends by writing stuff like: “While it is surely accurate to describe the education received by students in yeshivas as different from that offered by the public schools, and while yeshivas, like all schools, range in quality, it is inaccurate and unfair to broadly characterize yeshiva education as inferior.”

Also: “I, for one, never felt that the Chassidim with whom I worked so closely … at the United Jewish Organizations of Williamsburg and North Brooklyn nonprofit were in any way less capable in the workplace than others with whom I worked in the Assembly and the students with whom I studied at NYU School of Law.”

According to the OU, Albany, NY has a diverse Modern Orthodox community with a JCC, a Mikvah, an Eruv, a kosher nursing home and independent living center, and a kosher butcher and bakery inside a large supermarket. So if candidate Rostislav ‘Slava’ Rar was pandering to Jewish voters, he should have praised Ramaz instead. Instead, it stands to reason that he expressed an honest view about the positive values the Chassidim of New York have to offer. Good for you, Mr. Rar, and good luck finding your inoffensive white male’s footing in the primary. 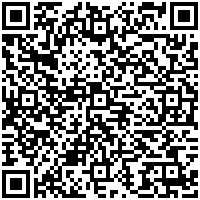