In a briefing held early Friday afternoon in Washington DC, White House Press Secretary Sean Spicer confirmed to reporters the president “had a call with President Abbas” and invited him to visit the White House “very soon” but said nothing more.


Palestinian Authority officials told media in Washington the call went “very well,” adding that Abbas reaffirmed his commitment to the two-state solution during the conversation. The call was short, according to Washington sources, with President Trump mostly listening to the views of the Palestinian Authority leader. No date for the visit has yet been set.

The American president told Israeli Prime Minister Benjamin Netanyahu last month during his visit to the White House that “both sides” will have to compromise in any final status deal. However, he also said that he will not force either side to the table; neither will he force either side to agree to any particular deal, but rather, will back “whichever deal both sides choose.”

Trump said he personally “could live with” either a one-state or two-state solution — either would suit. He called a potential agreement between the two sides “the ultimate deal.”

Special adviser to the president for international negotiations, Jason Greenblatt is slated to visit Israel next week, according to a report by Israel’s Channel 2 television news.

Among the items on the agenda when he meets with Israeli leaders will be the new town that is to replace the community of Amona that was demolished in February under orders from the Supreme Court because part of the community was found to be built on land that was privately owned by citizens of the Palestinian Authority.

More than 200 people are still homeless, waiting for the new homes promised to them by Netanyahu during negotiations for a peaceful evacuation from their community so their town could be destroyed.

A location for the new town was identified within the municipal boundaries of the Binyamin town of Shilo, on the site of a prior outpost that was repeatedly demolished by the government in previous years.

This report was written in New York prior to the start of the Sabbath. 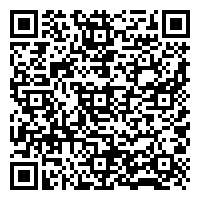