The Prime Minister’s Office contacted the residents of Amona on Monday to let them know “The prime minister had not reneged on his commitment to build a new community for the Amona evacuees as he committed to doing under the agreement we signed together. We welcomed the clarification,” said the families in a statement to media.

Prime Minister Benjamin Netanyahu contacted his office from abroad and asked his staff to make the call. The prime minister is in southeast Asia with his wife Sara on a state visit to Singapore where Prime Minister Lee Hsien Loong, told him Monday at their joint news conference that his country still believes the two-state solution is the only solution to the Israeli conflict with the Palestinian Authority. Last year, Lee was the first Singaporean prime minister to visit Israel, and Netanyahu’s official visit is the first to Singapore by an incumbent Israeli prime minister.


Meanwhile, the 42 homeless families from Amona say they won’t feel 100 percent certain the promise is being kept until they see the land cleared, homes built, and mezuzot on the doorposts of their new homes, due to the parade of disappointments they have experienced over the past number of months.

The agreement signed between the families and the government calls for the new community to be established by the end of March, the Amona families said.

U.S. President Donald Trump told Prime Minister Benjamin Netanyahu during his visit to Washington DC last week that he wanted him to “hold off” on building any news settlements “for a while.” Netanyahu did not openly agree to the construction freeze, but said instead that they would “discuss it.”

A bilateral team is to be created to address the issue of settlements in Judea and Samaria, but the new community for the Amona evacuees is allegedly to be established outside of that framework. 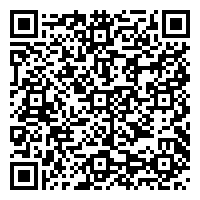