U.S. President Donald Trump made history Monday afternoon as the first sitting President of the United States to visit the Western Wall in the Old City of Jerusalem.

The President said a prayer at the Wall and then wrote a small note and placed it in a crack in the Wall, as is customary when visiting the site that is one of the holiest in the Jewish faith.

Historical moment: @POTUS @realDonaldTrump visits the Western Wall, making him the first sitting #POTUS to do so. pic.twitter.com/lADH6hmBvZ

Wearing a crisp black sueda yarmulka, President Trump was accompanied to the site by his wife, First Lady Melania Trump, and by his Orthodox Jewish daughter and son-in-law, Ivanka and Jared Kushner, a senior White House adviser. The group was also accompanied by the Rabbi of the Wall, Rabbi Shmuel Rabinovitch and by Mordechai Eliav, the head of the Western Wall Heritage Foundation. Eliav is an expert archaeologist who explained some of the background of the site to the group.

Eliav showed the group a number of explanatory photos and drawings of the Holy Temples and the Temple Mount during the visit, pointing out that the Western Wall is only a small part of what once was a mammoth structure. 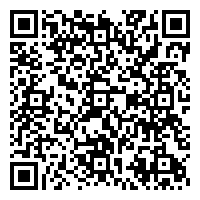