The United States, which almost ignores the Palestinian Authority when it praises terrorists, has condemned the Iranian foreign minister for honoring Hezbollah mastermind terrorist Imad Mughniyeh, who was assassinated in 2008.

“The United States condemns the decision taken by Iranian Foreign Minister Mohammad Javad Zarif Khonsari to place a wreath at the grave of Imad Mughniyeh, a former leader of Lebanese Hezbollah responsible for heinous acts of terrorism that killed hundreds of innocent people, including Americans,” Caitlin Hayden, the White House National Security Council spokeswoman, said in a statement after Zarif visited Mughniyeh’s grave in Beirut.

“The inhumane violence that Mughniyeh perpetrated – and that Lebanese Hezbollah continues to perpetrate in the region with Iran’s financial and material support – has had profoundly destabilizing and deadly effects for Lebanon and the region,” Hayden added. “The decision to commemorate an individual who has participated in such vicious acts, and whose organization continues to actively support terrorism worldwide, sends the wrong message and will only exacerbate tensions in the region.”

The Obama  administration apparently thinks differently when it comes to terrorists working out of Ramallah, where PA chairman Mahmoud Abbas and his officials constantly honor “martyrs.”

After the Palestinian Authority again celebrated the return of murderers whom Israel freed from jails under pressure from  U.S. Secretary of State John Kerry, a reporter covering the U.S. State Dept. asked spokeswoman Jen Psaki if making heroes out of murdered is not incitement. “I’m not going to give an analysis of every action and what is incitement and what is not incitement,” she replied.

Prime Minister Binyamin Netanyahu said less than two weeks ago that the Palestinian Authority continues to incite Arabs to commit violence by honoring terrorists and promoting violence in official PA media and in the school system, but Psaki again played foosie rather than say anything that might upset Abbas.

“We’ve spoken about our concerns about incitement consistently over the course of years…I don’t know that we have anything new to report or any analysis on the recent comments over the last couple of days,” she said.

Three years ago, in March 2011, the Palestinian Authority named a town square near Ramallah in honor of Dalal Mughrabi, the female terrorist responsible for an attack that killed 35 Israelis in the 1978 “Coastal Road” massacre. Abbas was on hand for the ceremony.

The Obama administration said nothing for four days.

Not a word was heard, because honoring terrorists is not okay if the murderers are from Hezbollah, but it is nice and proper if the killing is part of the Palestinian Authority “resistance” of Israel as  Jewish state.

The State Dept. initially said it was trying to “clarify” the report” of the Palestinian Authority’s honoring Mughrabi.

The spokesman at the time, Mark Toner, finally stated four days later, “We condemn this commemoration of terrorism and have conveyed our deep concern about this incident to senior officials in the Palestinian Authority and have urged them to address it. We underscore that all parties have an obligation to end any form of incitement.”

Compare that comment with the White House National Security Council’s statement above: ““The decision to commemorate an individual who has participated in such vicious acts, and whose organization continues to actively support terrorism worldwide, sends the wrong message and will only exacerbate tensions in the region.” 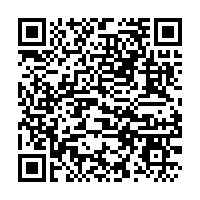