The Somali al-Shabaab terror group linked to Al Qaeda has called on Muslims in the West to “answer the call” and attack “American and Jewish-owned” shopping malls in the UK, US and Canada.

In the 77-minute video the speaker, whose face was covered, said, “We call upon our Muslim brothers, particularly those in the West, to answer the call of Allah and target the disbelievers wherever they are,” said a speaker wearing a military jacket, face covered.

Suggesting the Mall of America – the largest mall in the United States – the speaker displayed coordinates for the site on the screen. The “twin cities” of S. Paul and Minneapolis are home to the largest population of Somali immigrants in the U.S. More than a few are known to have traveled from there to the Mideast and Africa to fight with radical Islamist terrorists.

The threat has become a raison d’etre for America’s Department of Homeland Security, which was slated for shutdown this week.

DHS Secretary Jeh Johnson said Sunday that the propaganda video released Saturday by al-Shabaab, made clear “why I need a budget.” The video also called for attacks on Oxford Street in London and two Westfield Malls in Stratford and White City as well as Canada’s West Edmonton Mall in Alberta – the largest shopping mall in North America.

In an interview over the weekend on CNN, Johnson said “It’s absurd that we’re even having this conversation about Congress’s inability to fund homeland security in these challenging times.” 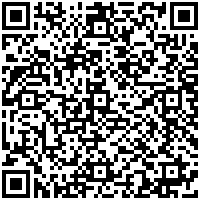