Against her best judgment and because she’s been slipping in the polls in trying to capture the support of her opponent’s followers once she is crowned Queen of the Democrats, candidate Hillary Clinton agreed to give Bernie Sanders 5 out of the 15 spots on the Democratic party’s platform committee. She took 6, and DNC chairwoman Debbie Wasserman Schultz got 4. So then Senator Bernie Sanders went ahead and appointed his peeps, and now two of them, Cornel West and James Zogby, on Wednesday condemned Israel for its “occupation” of Judea and Samaria and Gaza (Gaza? Really?) and let the world know they plan to get their views into the platform at the Democratic National Convention in Philadelphia in July, the NY Times reported.

“Justice for Palestinians cannot be attained without the lifting of the occupation,” West said in an interview, adding that with all due respect to thousands of years of persecution, the platform should reflect “the plight of an occupied people.”


Nothing there about the plight of half a million Syrians being butchered by everyone and their uncle only a fee miles away. Nothing about weekly hangings in Iran, flogging and beheading in Saudi Arabia, the tyranny of Islamic terrorism in Syria and Iraq, those are not the important injustices in Cornel West’s Middle East, it has to be a defunct plan from 1993 that has been rejected so many times by the PLO leadership, it brought to near-tears three, count them, three US presidents.

Dr. Zogby, who is the president of the Arab American Institute and a career advocate of “rights of Palestinians,” said in an interview, “Any honest assessment would say that the debate on this issue has shifted over the last 30 years and the platform has reflected that but lagged slightly behind, and it’s now time to catch up. Clearly most Democrats agree. But we will see what happens.”

Republican candidate Donald Trump has good friends in Cornel West and James Zogby, who will surely rattle and shake one of the Democratic party’s most third-ralish third rail issues, in public, while Clinton is trying to unify the troops against Trump. There’s no other issue more likely to turn away middle class voters than the Democrats criticizing US support for Israel. But the left is not concerned. In fact, the NYT cites an April Pew Research Center survey showing liberal Democrats are twice as likely to sympathize with Palestinians over Israel than they had been two years ago. 40% of liberals sympathized more with Palestinians, only 33% sympathized more with Israel.

In the Wednesday interview, Dr. West, who once called President Obama a “Rockefeller Republican in blackface,” accused Prime Minister Netanyahu of “war crimes.” He also blamed “the role of money and lobbies” for the absence of “a candid dialogue” on Israeli-American relations.

Of course, Hillary will do the only sensible thing and ignore the party platform as best she can. Otherwise, as Malcolm Hoenlein of the Conference of Presidents of Major American Jewish Organizations told the NYT, the party could be perceived as adopting “positions that could be seen as hostile to Israel.” (You think?)

Hoenlein was unhappy not just with the presence of Zogby and West on the DNC platform committee, but also with a third Sanders appointee, Representative Keith Ellison of Minnesota, a Muslim. It’s as if Sanders had decided to force Hillary to touch that rail, or look bad jumping over it. “For us, the concern is that it legitimizes and potentially puts into a major party platform” the extreme left’s view “that undermines the principles of the Israeli-US relationship that have been bipartisan for decades,” Hoenlein warned.

And all Donald Trump has to do is sit back and watch his opponent disintegrating on an unwinnable issue. Former Florida congressman Robert Wexler, a Clinton supporter, who served on the platform committee back in 2012, told the NYT, “My concern is that the Democratic platform is not the venue in which to litigate the Israeli-Palestinian conflict.” Ah, a lucid voice in a sea of crazy. How refreshing. 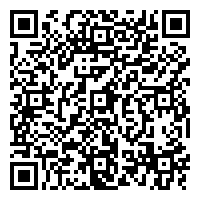