A report issued by UN sanctions monitors Monday suggests the Islamic State terror group still controls between 20,000 and 30,000 fighters in Iraq and Syria. “Among these is still a significant component of the many thousands of active foreign terrorist fighters,” according to the report.

There are still thousands of ISIS fighters in southern Syria, not far from the border with Israel, and, according to the UN report’s estimates, ISIS forces will continue to maintain their presence in the area. Only two weeks ago, the IDF attacked and destroyed a squad of seven ISIS soldiers who crossed into the Golan Heights from Syria, and according to the report, these intrusions are expected to continue.

ISIS once controlled a vast territory in Iraq and Syria, but in 2017 the Western allied coalition, as well as the Russian, Iranian and Turkish forces, drove it out of Mosul and Raqqa, the two power centers of the Sunni “caliphate.” By as early as January 2018, ISIS’ reach became confined to small pockets in Syria, and, according to the UN report, “showed greater resilience” in eastern Syria.

The report suggests ISIS “is still able to mount attacks inside Syrian territory. It does not fully control any territory in Iraq, but it remains active through sleeper cells” in desert hideouts and elsewhere. The report cites local concerns about new ISIS cells emerging in the densely populated Rukban camp near the extreme northeast of Jordan, close to the joint borders with Syria and Iraq. This arid and remote area is now home to the families of ISIS fighters.

Despite its year of military losses in Iraq and Syria, ISIS continues to wield influence in Afghanistan, the Sahara desert and Libya, where the UN report says it has as many as 4,000 fighters. In Yemen, the group’s presence has dwindled to about 500, while Al Qaeda is boasting as many as 7,000 fighters there.

Meanwhile, the UN report suggests ISIS is going broke, as its resources currently are “in the low hundreds of millions” of US dollars, coming mostly from oil fields the group still operates in northeastern Syria. 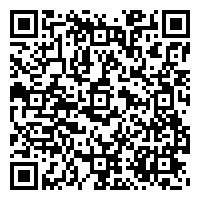