It was just after the January 2015 slaughter by a dual Da’esh (ISIS) and Al Qaeda terrorist cells at the Paris offices of the satiric Charlie Hebdo magazine, where 12 people were killed, and the Jewish Hyper Cacher kosher market, just before the start of the Sabbath, where four people died.


Nearly a year prior, four people died at the Jewish Museum of Brussels in a similar attack, also by a Da’esh (ISIS) terrorist with French citizenship.

The advanced technology could have allowed French security officials pick up the signals that would have red-flagged the terrorists who murdered 130 people and wounded 368 more on November 13, 2015.  It was only last month that the mastermind of that attack was finally tracked down and caught.

According to a report this week on the U.S.-based Fox News network, the data-mining technology would have helped French authorities “connect all the dots” in the Islamist extremist community, because it works by analyzing and matching up fragmented intelligence reports from several different national and international databases. The software then provides the most up-to-date information available on potential terrorists for its clients, such as counter terrorism agents.

The offer was made to the Directorate-General for Internal Security (DGSI) of France, the country’s main intelligence agency, in accordance with a pledge made by Israeli Prime Minister Benjamin Netanyahu to work closely with Europe on enhancing security following attacks in France and Brussels. In Israel, that was seen as a call to share intelligence and technology.

“In Paris or Brussels or San Bernardino or Tel Aviv or Jerusalem, terror must be condemned equally and it must be fought equally,” Netanyahu warned at the time.

But Israel’s offer was rejected.

An Israeli counter terror specialist familiar with the technology and the company told FoxNews.com, “French authorities liked it but the official came back and said there was a higher-level instruction not to buy Israeli technology.

Instead, Da’esh (ISIS) terrorists carried out a series of eight attacks terror attacks, including several suicide bombings, on November 13, 2015, in central Paris. President Francois Hollande called the attacks an “act of war” by ISIS. They were planned in Syria, organized in Belgium and carried out with help from citizens of France. All of the known attackers were EU citizens who had fought with Da’esh in Syria.

The European Union is now paying the price for its unswerving commitment to uphold the “rights” of the Palestinian Authority, right or wrong, against Israel even at the cost of its own security. The EU has been directly involved in the funding and construction of infrastructure, homes and schools by Palestinian Authority Arabs on Israeli-controlled land in Area C under the Oslo Accords, despite its illegality. The EU has also been supportive of a boycott against Israeli-produced goods, even going so far as to issue guidelines urging its member states to label products manufactured in post-1967 Jewish communities as non-Israeli, regardless of the citizenship of the producers.

France complied – it obviously agreed with the stance, nor is President Hollande’s dislike for Prime Minister Netanyahu any national secret – and the bill has now come due for French hatred at the top.

The British Labour Party is similarly afflicted with rampant anti-Semitism. What price will the UK end up paying for its love of Arab hatred? 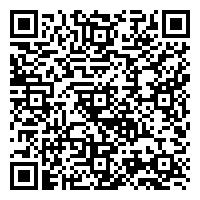