Tunisia’s President Beji Caid Essebsi has declared a state of emergency in the wake of ISIS (Da’esh) attacks on its soil, according to the state-run TAP news agency. The president made the move in response to the massacre by Da’esh terrorists of dozens of tourists on a hotel beach in the town of Sousse a scant week ago, according to TAP.

Not since the 2011 Jasmine Revolution that deposed former President Zine el-Abidine Ben Ali has the country’s government declared a state of emergency. At least 38 foreign tourists were slaughtered during the attack, most of the British and more than a hundred others were wounded.


British Prime Minister David Cameron announced Sunday (July 5) the UK will erect a permanent memorial in Britain to honor the victims of that horrific attack. A second monument will be created to honor victims of other terror attacks overseas as well, he said.

Da’esh followed up the massacres – which also included additional murders in France, Kuwait and Kobani, Syria – with massive attacks by affiliates in the Sinai Peninsula and an announcement of executions at the ancient ruins of Palmyra.

Making it clear the government views the attacks by Da’esh as an existential threat, Egypt’s President Abdel Fattah el-Sisi cut short a visit to Ethiopia and flew home to take command of what he has called the “war” on terror.

El-Sisi also called on Israel to cooperate with Egypt in any battle against Da’esh that might flow over the Gaza border. Israel has agreed to allow Egypt to beef up its troops in Sinai beyond the restrictions of the current peace treaty between the two nations. In addition, the Israel Defense Forces went to high alert last week along the southern border and has closed Highway 12, which traverses the southern Negev from the coast to Eilat, indefinitely.

The precautions were well advised: On Friday, Da’esh launched a triple rocket attack from the Sinai Peninsula against southern Israel; miraculously, none of the Grad Katyusha missiles reached residential areas.

On Saturday, Egypt launched air strikes against the group’s stronghold at Sheikh Zuweid in northern Sinai, eliminating 12 terrorists and destroying caches of weaponry and explosives, according to security sources. El-Sisi visited the province to inspect the site where some of the bloodiest battles in years have taken place.

Sinai Province is hoping to oust the Egyptian president who removed the Muslim Brotherhood-backed former President Mohamed Morsi two years ago after a year of constant street protests against his Islamist regime.

Gaza’s ruling Hamas terror organization was also spawned by the outlawed Muslim Brotherhood; IDF sources told journalists last week there is evidence proving that Hamas has been actively helping Sinai Province in its battles against the Egyptian government forces.

Da’esh also released a video Saturday (July 4) showing the mass execution of at least 27 Syrian Army soldiers in the ruins of the Roman Theater in the ancient city of Palmyra, a UNESCO World Heritage Site.

Experts who viewed the video estimated that the executions had taken place shortly after Da’esh seized control of the site, sometime in late May. 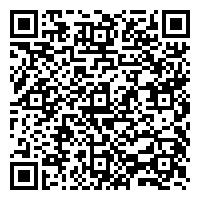