A tentative deal on sanctions relief may have been reached between the six world powers and Iran negotiating in Vienna over Tehran’s nuclear development program.

According to a report by The Associated Press, the agreement will still require signatures by senior officials in Iran, as well as those of the U.S. and five other nations involved in the talks.


The most recent deadline set for conclusion of the talks is coming up in two more days: July 7. But that is also not a fixed date. Senior U.S. officials told reporters in Vienna that if necessary, negotiators will push past that deadline as well.

The current document under consideration outlines which sanctions will be lifted, when and how.

Despite recent proclamations by Supreme Leader Ayatollah Ali Khamenei insisting that all sanctions be lifted at once, Iranian negotiators are quietly speaking a different language.

“The actual [sanctions] termination will happen on the date that Iran will have finished its work,” a senior Iranian official told The Wall Street Journal.

Yukiya Amano, head of the United Nations International Atomic Energy Agency (IAEA) also told reporters in Vienna on Saturday that he had agreed to end an investigation into Iran’s suspected nuclear weapons research by the end of this year.

“With the cooperation from Iran I think we can issue a report by the end of the year on the assessment of the clarification of the issues related to possible military dimensions,” Amano said.

Since 2011, the IAEA has raised 12 sets of questions about Iran’s nuclear development program. Despite Tehran’s promises of “close cooperation” in November 2013, however, only two of the questions have ever been answered, and those only partially at that.

The Iranian government still refuses to allow IAEA inspectors to question key Iranian scientists. Nor will it allow visits to alleged nuclear sites.

It’s not clear how negotiators plan to bridge that gap to reach a deal that will allow sanctions relief for Iran, and security for the rest of the world. 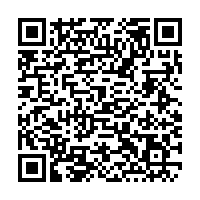