The Islamic State (ISIS) has take control over most of a Palestinian refugee camp in Syria from a rival terrorist group in what is a major step towards confirming Prime Minister Binyamin Netanyahu’s warning that a Palestinian Authority stage would fall under the control of the ISIS.

The Al-Nusra Front, linked with Al Qaeda, opened the road for the ISIS to take over UNRWA’s Yarmouk refugee camp four miles south of central Damascus, according to Anwar Raja, the spokesman for the pro-Assad Popular Front for the Liberation of Palestine (PFLP).

If the ISIS takes full control of the Yarmouk camp, it will give the Islamic State a launching pad to threaten the capital. Moreover, it would turn the Palestinian camp into an arm and army of the ISIS that has been recruiting members from the Palestinian Authority and Israel as well from all over the world with the promise to turn the entire Middle East into an Islamic Caliphate state.

Prime Minister Netanyahu warned here last month that recognizing the Palestinian Authority at this time would in effect open the door to Israel for the Islamic State.

ISIS control of a refugee camp also would be a severe blow the United Nations, whose UNRWA agency has turned millions of Arabs into stateless people on the premise that one day they will move to Israel and reduce the Jewish population to a minority.

The UN agency for Palestinian refugees, UNRWA, said it was “extremely concerned” about the safety of civilians in Yarmouk and that some 3,500 children were in “extreme risk of death, serious injury, trauma, and displacement.

Yarmouk has been controlled by the anti-Assad PLFP since a year ago, when rebel fighters withdrew. Yarmouk’s population once was 160,000 but has been devastated by the civil war.

The fighting at the Jordan border was between the Al-Nusra Front and Assad’s army. If the PFLP claim is true that Al Nusra let ISIS into the Yarmouk refugee camp, any cooperation between the two terrorist organizations could place ISIS on Jordan’s neck.

Jordan said it closed the border “temporarily… to keep the safety for the passengers and those who are trying to cross between the two countries.” 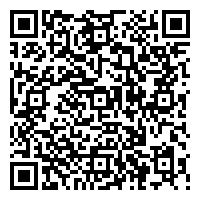