Whether or not he was publicly forced into stating it, Israeli Prime Minister Binyamin Netanyahu has now said what most focused Israelis and Israel-watchers have realized for quite some time: the creation of any Palestinian State now, as weak as it is and has been since its leadership began attempting to resemble a functioning state, would be immediately subsumed (or, if you will, “gobbled up”) by ISIS or any of the other Islamic extremist groups in the region.

For that reason alone, if not for the myriad others – such as its own leadership’s inclination towards and support for its own version of terrorism – it is impossible for any responsible leader in the region to consider the creation of a Palestinian State any time soon.


In the words of the Israeli prime minister regarding the calamitous instability in the region and its impact on whether there should be a Palestinian state anytime soon: “Therefore, there will not be any withdrawals or concessions. The matter is simply irrelevant.”

Whether Netanyahu’s hand was forced because of the pressure placed on him by the Religious Zionist party Bayit Yehudi which consistently states it will not hand over any territory to the Arabs, or because a right-wing member of his own Likud party got the ball rolling, the end result is the same.

The cat is back in the bag, the Two State “Solution” is now clearly only a solution for ending Israel, and enslaving even the Palestinian Arabs themselves. For the safety of all those living in the land south of Lebanon, west of Syria and Jordan and north of Egypt, the only way to prevent ISIS and its fellow barbarous murderers is for Israel to remain in control of all the borders.

The Israeli prime minister began his most recent iteration in his leadership role with a earth-shattering speech at Bar Ilan University. Netanyahu invoked the “Two State” mantra as if it were within reach.

Even after the recent Gaza wars and bruising condemnations of Israeli self-defense by much of the international community, Netanyahu continued speaking, at least in public, of working with the Palestinian Arab leadership towards a result they claim (an idea that much of the international community was pushing very hard) they want: a Palestinian State.

Perhaps Netanyahu and his advisers believed that Israeli security is so strong it could even survive the birth of a tiny terror state of Palestine (Palistan?). But inviting ISIS into its own neural network? That would make the recent machete, hammer and automobile terrorism by local Palestinian Arab terrorists look like mere schoolyard spitting contests.

Netanyahu’s statement shutting the door on Palestinian statehood came on Sunday, March 8. It came in response to a question about a position taken by the Likud party’s answer to a small Israeli paper’s campaign question.

As Lahav Harkov reported in the Jerusalem Post on Sunday, “The article claimed that the Likud’s answer to a question as to its leader’s position on Palestinian statehood was: “The prime minister told the public that the Bar-Ilan speech [in which he advocated a demilitarized Palestinian state] is canceled.”

According to Harkov, a Likud spokesperson said party member MK Tzipi Hotovely provided the answer and it was her personal position. But regardless of whose language appeared in the campaign response, Netanyahu later made it clear he would not allow ISIS to fill the vacuum created by a weak Palestinian State. 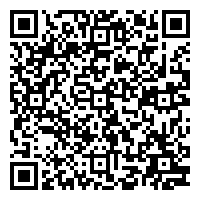