Exiled Hamas leader Khaled Mashaal, who lives in Qatar, is set to meet Thursday in the Qatari capital of Doha with Fatah leader Mahmoud Abbas, who remains head of the Palestinian Authority.

On the agenda will be the latest cease-fire proposal advanced by Egypt, and everything else that is going on in the region and affecting their two factions.


It is Mashaal, egged on by Qatar and possibly also Iran, who has stopped Hamas in Gaza from settling on an Egyptian-brokered cease-fire agreement with Israel thus far.

Mashal is no friend of Abbas, particularly since Hamas has worked hard to sabotage the recent ‘reconciliation’ deal with which he tried to build a new Palestinian Authority unity government.

The Shin Bet (Israel Security Agency) released for publication on Monday that top Hamas leader Salah al-Arouri ordered a strategic campaign of attacks against Israel from the comfort of his home in Turkey, which backs the terrorist organization.

But in a joint counter terror operation by the IDF and Shin Bet, 93 Hamas terrorists were arrested in Judea and Samaria. A large number of weapons caches were picked up, and a massive amount of money was seized as well.

Brigadier General Tamir Yadi, Commander of the Judea and Samaria Division, told journalists, “Over the last few months, the IDF and ISA uncovered a vast Hamas terror infrastructure. Upon receiving the intelligence from the ISA, the brigade’s forces prepared to embark on a number of arrests and counter terrorist operations in Beitunia, Deir Qaddis, Bethlehem and Dir Abu Mash’al. “IDF forces made a significant step against terrorism, demolishing the houses of those responsible for the kidnapping and murder of the three boys, which led to operation “Brothers’ Keeper”.

“The mission sends a severe message to those that wish to take part in terrorism, that such acts will not go unpunished and bare a direct retaliation. We will continue to use all our resources and abilities in order to deter such acts of terrorism. The IDF, in cooperation with the ISA and other security forces, will continue to operate against terror infrastructures in the Judea and Samaria Division,” he added.

Since Hamas seized control over Gaza in 2007, creating in effect a separatist state out of the region and wresting it away from the rest of the Palestinian Authority, the terror group has sabotaged numerous attempts by Abbas to ‘reconcile’ and form a unity government. Each time, the two factions announce an agreement — and then Hamas finds a way to slide out of it at the last minute.

The sticking point is, in reality, the fact that the Ramallah-based government has been made to understand by U.S. and European backers that it will receive no funding if it does not renounce violence, abandon terror, uphold prior legal agreements and formally recognize the existence and legitimacy of the State of Israel.

Hamas is committed to the absolute annihilation of Israel; it is written in the group’s founding charter, which it has never amended and has said it never will.

But Mashaal has been hosted by Qatar since leaving his headquarters in Damascus at the start of the Syrian civil war three years ago, when tensions rose between the regime of President Bashar al-Assad and the Hamas-led Palestinian Arab enclave there. 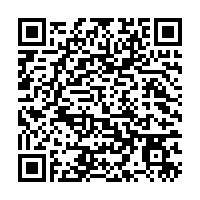