The Coordinator of Government Activities in the Territories, Maj. Gen. Yoav (Poly) Mordechai, expressed sharp criticism in his meeting Thursday evening with senior staff of World Vision, who are currently in Israel. The Coordinator conveyed the need for the organization to publicly condemn the incident and assume responsibility immediately.

The Coordinator presented to the organization the findings and confession from Mohammed El Halbi’s interrogation regarding his exploitation of the organization’s donations for Hamas’s military wing. The WV representatives emphasized that it renounces any support, direct or indirect, for Hamas, and intends to operate transparently and in coordination with COGAT, as required.

But World Vision Australia chief executive Tim Costello told the Guardian Thursday that his charity was “mystified” by the charges, because independent audits had found the charity’s programs in Palestine were “clean.”

Costello told Guardian Australia: “I want to reassure Australians that World Vision’s money in Gaza is being spent on reducing poverty for Palestinian people, not terrorism.” 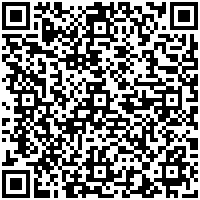