In an interview aired on the Lebanese al-Manar news site on Monday, Jan. 19, Hezbollah Secretary General Sayyed Hasan Nasrallah made many of the standard blowhard assertions everyone expects. To wit: Hezbollah has much modern weaponry, Hezbollah’s military prowess and arsenal has increased and continues to increase in strength every year.

Nasrallah also claimed that his fighters are training day and night, that they will be ready to liberate the Galilee, and they will penetrate far into enemy territory “in case of a new Zionist aggression in Lebanon.”

No explanation for why this latest “Zionist aggression” was not the one they’ve been waiting for,  just more threats about the next time.

But in the course of the six minute interview, Nasrallah said something worth noting.

The interviewer asked Nassrallah whether Turkey has relations with either ISIS or the al-Nusra Front.

“It has relations with both of them,” Nasrallah replied.

The terrorist leader also claimed that despite what U.S. Secretary of State John Kerry and President Barack Obama “say in the media,” behind the scenes the U.S. administration has revealed in “confidential letters to some regional countries” that it is “not concerned with whether President Assad remains in power or departs.”

Nasrallah said that only Turkey and Saudi Arabia really care about dethroning Assad.

The terrorist leader also said that Hamas is very interested in having close and complete relations with Iran and with Hezbollah. 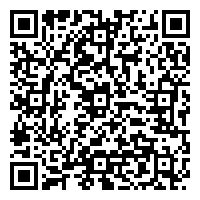