Prime Minister Binyamin Netanyahu was the second most important member to participate in a ceremony to honor the memory of the victims of terror who died in Paris last month.

The most important member was the beautiful new Torah scroll upon whose parchment the scribe and honored guest penned the final Hebrew letters.


The scroll was the first of four, two of which will be in placed in synagogues in Paris, and two to be kept at the Western Wall.

After inscribing the last letters in the Torah written in memory of those who were murdered last month by an ISIS terrorist at the Hyper Cacher kosher grocery in Paris, the prime minister said, “I express the feelings of the Jewish People regarding these victims, who are part of our people and who were murdered just because they were Jews, in terrible anti-Semitism that is sweeping across Europe. Many European governments are still not ready to point to the source of the new anti-Semitism – extremist Islam. To my regret, we saw an expression of this spirit yesterday at the UN, when they refused to condemn Hezbollah, which claimed responsibility for the murderous attack against our forces.

“On the one hand, in Europe they refuse to call the child by its name, or at least they are not ready to grab the bull by the horns and say that the source of the new anti-Semitism and the murderous attacks that are running rampant around the world, this terrible brutality against Jews and against non-Jews, is extremist Islam.

I share not only in the grief of the families, but in the feelings of the entire Jewish People who understand that the attack in Paris was an attack on all Jews wherever they are. If these murderers had the ability, they would kill all Jews wherever they are. By the way, they say this very clearly; therefore, there is no alternative to Jews defending themselves – first and foremost in the state of the Jews. Governments that line up against this anti-Semitism will discover its source.” 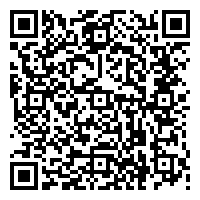