Prime Minister Benjamin Netanyahu vowed Saturday night that Israel will hunt down and prosecute the arsonists who set fire a few hours earlier to Torah scrolls and holy books in a Judean synagogue next to the Jewish community of Karmei Tzur.

“Last night a synagogue in Givat Sorek, in Gush Etzion, was set on fire by Palestinians,” Netanyahu said in a post on his Facebook page, written in Hebrew and in English. “We will prosecute the perpetrators of this crime.


“I expect the international community to condemn the desecration of a synagogue, an act that is the result of incessant Palestinian incitement,” the prime minister stated.

The small prayer tent is located in a scenic spot overlooking the area where the bodies of three Israeli teens were found, who were murdered by Hamas terrorists after being abducted near their yeshiva in June 2014.

The flames badly damaged the sacred texts. They had been piled up outside the prayer tent before the arsonists set them afire.

Judea and Samaria district police said the footprints of the suspects were found leading to a Palestinian Authority village near the town of Halhul, according to Ynet.

Education Minister Naftali Bennett, chairman of the Bayit Yehudi party, said in a statement that “a red line has been crossed… we will not allow this to go unpunished.” 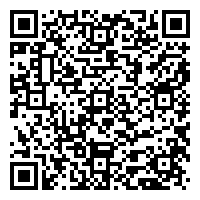