Consider it a form of ‘protection.’ Russia’s President Vladimir Putin has offered to invest in Israel’s natural gas development.

Diplomatic sources told the Middle East Newsline (MENL) on Wednesday, “Putin very much wants to make Russia into the major developer of energy fields in the Mediterranean, and the first target has been Israel.”

A decision last month by Israel’s High Court of Justice nullified a “stability clause” that would have blocked regulatory changes to an offshore gas outline for the next 10 years.

Prime Minister Benjamin Netanyahu had included the clause at the request of the consortium that developed the reserves, Texas-based Noble Energy and Israel’s Delek Group, in return for their massive investments.

The decision, however, may have killed the deal signed with the consortium and potential customers as a result. Although the court gave the government a year to fix the clause, it did little to soothe the fears of bureaucracy-exhausted investors, nor to prevent new customers from bolting.

Moreover, there have been attempts by Lebanon to claim Israel’s northernmost natural gas fields. One of the reserves is located off the coast of Nahariya, south of Lebanon’s territorial waters, and is a field Lebanon had never laid claim to until Israel discovered the gas and oil therein.

Hezbollah representatives spent months referring in various speeches to the reserve. Lebanon even attempted to recruit help from the United States in 2014 in seizing the reserve from Israel.

Putin, however, has pledged Russian influence to block attacks by Iranian proxies against any Russian-operated field. Efforts by Hezbollah to stop Israel from developing its natural resources beneath the Mediterranean would likely be among the targets of Russian ire.

More than one of Israel’s natural gas fields are located near Lebanese maritime borders.

According to the diplomatic source, Putin envisions an investment between $7 billion to $10 billion to develop Israeli offshore gas fields.

Several weeks ago, Putin said he plans to meet with Netanyahu in the nearest future, noting that Russia and Israel have “many issues” to discuss.

Israeli media reported this week that Netanyahu plans to travel to Moscow later in the month, allegedly on April 21, to meet with Putin.

Kremlin spokesperson Dmitry Peskov told media on Wednesday that such a visit is indeed under consideration. “We will make a relevant statement in a timely manner” Peskov said, according to TASS. 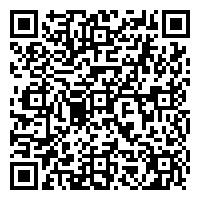