In response to Israel’s Supreme Court’s ruling Sunday, which struck down the portion of the government contract with Noble Energy and the Delek Group that would have blocked future Israeli governments from issuing regulatory changes to the contract for 10 and 15 years to come—the “stability clause” Netanyahu had promised the energy companies— Noble Energy’s Chairman, President, and CEO David L. Stover noted that “Noble Energy has consistently maintained that stability is a minimum condition for project development, and our position has not changed. As we have stated before, we will vigorously defend our rights related to our assets to protect shareholder value. It is now up to the government of Israel to deliver a solution which at least meets the terms of the Framework, and to do so quickly.”

Stover said in a statement Sunday night that Israel’s Supreme Court’s ruling on his company’s deal with the Israeli government “while recognizing that timely natural gas development is a matter of strategic national interest for Israel, is disappointing and represents another risk to [off-shore natural gas field] Leviathan timing.” Stover noted that “development of a project of this magnitude, where large investments are to be made over multiple years, requires Israel to provide a stable investment climate.”


As The Jewish Press reported Sunday, Israel’s Supreme Court on Sunday accepted some of the petitions against the Netanyahu government’s natural gas outline which included development and exploitation of the country’s newly discovered off-shore deposits by Texas-based Noble Energy and Israel’s Delek Group, in order to guarantee them stability in return for their massive investments.

The court ruling means the entire signed deal is suspended until the Knesset has a chance to review and amend the law. The court gave the Netanyahu government one year to fix the clause, or the deal would die.

Israel’s energy minister Yuval Steinitz (Likud) said that the Supreme Court made an “unfortunate decision” in blocking the government’s plan to develop the offshore natural gas fields, warning it could cause irreversible damage to Israel’s energy sector. “The decision’s negative consequences on the development of the gas market, on energy security, on the Israeli economy and on the lost revenue for the state of Israel and its citizens, could be very tough, and even irreversible,” Steinitz said in a statement.

At this point it is unclear whether Netanyahu would be able to fix the stability clause in the current political reality of the Knesset. 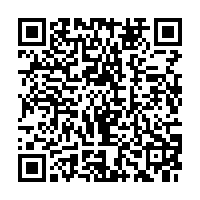