The Palestinian Authority is planning to go ahead and press its case for getting closer to statehood Wednesday at the United Nations Security Council. Jordan, a rotating member, will be the formal conduit for the presentation of the PA proposal at the session of the UNSC.

This, despite the fact that the PA itself is not united — even under its own “unity government.”

But Gaza is ruled by the Hamas terrorist organization, and Abbas still is unable to even enter that region, with or without bodyguards.

Nevertheless, the draft resolution calls sets November 2016 as the deadline for Israel to withdraw to the 1949 Armistice Lines, the border is also known to Arab nations as the “1967 line” where occupying Arab nations lost their grip on Judea, Samaria, much of Jerusalem, Gaza and the Golan Heights during the 1967 Six-Day War.

The United States has always been the most reliable of the five permanent members of the Council to whom Israel could turn for protection and support – but apparently not anymore.

U.S. Secretary of State John Kerry told reporters Tuesday that America had made “no determinations” as to how it would vote on any possible resolution presented Wednesday.

Kerry met with Israeli Prime Minister Binyamin Netanyahu on Monday in Rome to discuss the upcoming vote, then followed that up with talks in Paris with his counterparts from Britain, Germany and France. He later met in London with PA chief negotiator Saeb Erekat and Arab League representatives, cautioning them, too, that the U.S. had yet to make a final decision about its stance.

Former Israeli chief negotiator Tzipi Livni, meanwhile, told Kerry in a telephone conversation Tuesday evening the proposal “is also bad for the Israeli sides who want a fair and permanent status agreement” with the PA. 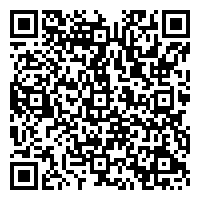