In the Norwegian city of Trondheim, city council members approved a resolution this month banning government purchase of goods and services from what it calls the “Occupied Territories,” according to The Local Norway.


The French government also joined the boycott last week, announcing on Thursday new requirements for importers and retailers to label products manufactured in Jewish communities located in any area won by Israel during the 1967 Six Day War.

U.S. President-elect Donald J. Trump has clearly showed his stand on the BDS issue: last week he named South Carolina Governor Nikki Haley to become the next U.S. Ambassador to the United Nations. Haley, 44, is known in Israel for her vocal opposition to the BDS movement. Last year, she signed into law the first statewide bill in the United States to block BDS activity in her state.

One of the most rabidly pro-BDS (Boycott, Divest and Sanction) groups in Israel is partly funded by Norway.  Sabeel, founded in 1989 and run by Naim Ateek, former Canon of St. George’s Cathedral in Jerusalem. The group is based in Jerusalem and registered in Israel as a nonprofit organization.

The moves by Norway’s third largest city were condemned in a vote on Friday by the World Jewish Congress.

In a letter to Norway’s Foreign Minister Børge Brende, World Jewish Congress CEO Robert Singer wrote: “Everybody has a right to express views and voice criticism about international affairs of concern. However, in this instance, we notice once again that the Boycott, Divestment and Sanctions (BDS) campaign targeting Israel uses double standards.

“No other country is being made the target of such a hypocritical campaign. Trondheim wants to boycott Israeli goods, and Israeli goods alone, for political reasons.”

A little over a year ago, an anti-Semitic caricature implying that Jews control money was produced on a VISA debit/credit card issued by Norway’s largest banking institution, DNB.

When the Israeli Embassy in Oslo contacted the management of the bank, the manager apologized to the ambassador but also offered the excuse that the bank allows clients to order personally designed cards — even though the person who received the offensive design had never requested it.

Kosher slaughter is forbidden in Norway and circumcision is frowned upon.

Rep. Kat Cammack to Place Israeli Flag Outside Office, Next to Rep. Tlaib’s 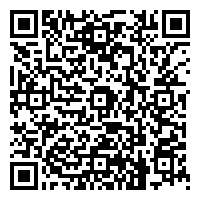