And guess what? There was no huge outcry over Carter’s ban. No demands that Carter be banned from entry into, say, Britain. Nor did any subsequent American administration ever issue a censure deeming Carter having been unworthy of holding the office of President of the United States, something that the Obama administration has said about Trump because of his proposed ban. QUOTE

So, there is a fairly recent precedent for banning an entire class of people in the United States.

Greenfield isn’t the only one on the ball, and America isn’t the only place where national/religious bans are accepted without much pushback, let alone hysteria.

Yair Rosenberg, an American journalist, pointed out on Twitter what should already be an obvious fact, and one for which there has been little public criticism, at least none that has risen to the level of eliciting the ire of major political parties, religious groups or public figures.

Rosenberg pointed out that there are currently 16 countries in the world which completely ban the entry of Israelis. No one is permitted to enter the following nations with an Israeli passport: Algeria, Bangladesh, Brunei, Iran, Iraq, Kuwait, Lebanon, Libya, Malaysia, Oman, Pakistan, Saudi Arabia, Sudan, Syria, the United Arab Emirates and Yemen.

Please, choke back any response that consists of something along the lines of: “well, those are Arab or Muslim countries, we expect more of a U.S. presidential candidate.” Anyone who considers acceptable because “to be expected” the blanket banning of Israelis by any nation, yet is outraged to action by The Donald must be prepared to be called a hypocrite.

And just to point out the extent of the mass hypocrisy regarding national or religious entry bans Rosenberg also pointed out that five of these 16 Arab/Muslim nations which bar Israelis from entering are currently “members of the United Nations Human Rights Council. No Punchline.” *Drop mic.*

UNBORN NATION FOR WHICH US, UK AND OTHERS SEEK TO BE MIDWIFE CATEGORICALLY REJECTS JEWS

But there is yet another, even more straightforward way to reveal the hypocrisy of those hysterically denouncing Trump’s suggestion of a temporary ban on Muslim entry into the United States.

This is the already declared position of Mahmoud Abbas, the acting president of the Palestinian Authority, who has unequivocally announced that there will be no Jews – not one, not ever – in the nation he hopes will arise: Palestine.

The precondition of a Judenrein nation has never been rejected as racist, xenophobic, undemocratic, discriminatory or anything else at all either by this American administration which has struggled for the past seven years to help birth Palestine, nor any previous ones. Nor has any other nation or national leader or self-declared human rights activist, civil rights activist or other do-gooders challenged that precondition to statehood.

This point was made first by Israeli Kay Wilson. Wilson tweeted early Wednesday morning, in response to the Trump brouhaha, that she hoped the next will be “when the whole world” is “outraged by Abbas” who has said there will be “no Jews in Palestine.”

Wilson is particularly attuned to the hatefulness and incitement of the Palestinian Authority. In late 2010, she and a friend were stabbed repeatedly and left to die by two Palestinian Arabs who tried to murder them both, just because they were Jews. As it turned out, Wilson’s friend, Kristine Luken, who died from the assault, was a Christian. Wilson was stabbed with a machete 13 times. She was stabbed with such ferocity, that 30 of Wilson’s bones were shattered in the attack.

When asked by the JewishPress.com why she was claiming the Trump detractors were being hypocritical, Wilson, who, despite her trauma is a funny and loving person, laid out her response. 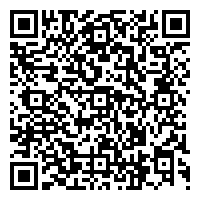