UJA-Federation of New York’s Wall Street Dinner raised a record-breaking $27 million for UJA-Federation’s annual campaign. The sold-out dinner, which drew a record turnout of more than 1,900 leaders from the Wall Street community, celebrated 40 years as one of New York City’s leading philanthropic events.

BlackRock President Robert S. Kapito, chair of UJA-Federation’s Wall Street & Financial Services Division, opened the event at Hilton New York on December 7, 2015. “The leaders in this room are those who step up, those who assume heavy responsibility to lighten the burden of people they’ve never met. They show us the possibilities of what happens when we come together for good.”

The Alan C. Greenberg Young Leadership Award was presented to Andrew V. Rechtschaffen of Greenlight Capital by Wall Street Dinner Committee member David Millstone, co-CEO and co-CIO of 40 North. This award is given to an individual whose values and ideas reflect the extraordinary standard set by the late Alan C. “Ace” Greenberg.

Eric S. Goldstein, CEO of UJA-Federation, remarked on the Wall Street community’s support. “Because of the support of the Wall Street community, people of every background enjoy programs and services at our local agencies that make their lives immeasurably better: meals for the hungry, camps for children with special needs, opportunities for people of all ages to connect with Jewish life, support for students on college campuses who are confronted with growing BDS and anti-Israel sentiment, and so much more.”

Special guest Nir Barkat, mayor of Jerusalem, thanked UJA-Federation for its continued support in tough times and spoke of the significant cultural renaissance taking place in Jerusalem in the last few years.

Daniel S. Och, CEO of Och-Ziff Capital Management Group and senior chair of UJA-Federation’s Investment Management Division, introduced the event’s keynote speaker, Michael Milken, chairman of the Milken Institute and co-founder of the Milken Family Foundation. Milken talked about giving back, but paid special attention to the past and future importance of social capital, or the power of community. “You saw the social capital in the Jewish settlement services as millions of people came to the United States … for religious freedom and opportunity not afforded them in other parts of the world, and you see it today in the Jewish community services of the Federation that occur around this city and around the world.”

To close the event, Abigail Gold Geller, director at BlackRock and co-chair of UJA-Federation’s Young Wall Street division, commented on the next generation of leaders in the room. “As we look to the next 40 years, everyone should feel confident that the future of our community is in the hands of so many incredible young Wall Street leaders.” 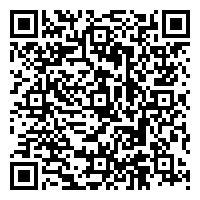