Now, you would think that in such a situation, when the chair of the legislative committee is so close to the events in discussion, she would recuse herself and ask another committee member to chair the discussion. The law could still be killed, but at least it would be given the fair-minded treatment it deserve.

I’m kidding, of course. What tzipi Livni did was declare that she will never let that law through, and that it is a blatant attempt on the part of Jewish Home to subvert the peace process – her other hat.


Incidentally, as Justice Minister, Tzipi also decides which prisoners get released. So, the process of checks and balances in this case goes: Tzipi the peace negotiator tells Tzipi the legislative committee chair that she hates the new bill, and so Tzipi kills the bill and tells Tzipi the justice minister to start lining up the next batch of killers to be loosed.

But wait, there’s more. The Israeli government, based on its understanding of how the peace process was happening, was led to understand that the good will gestures along the negotiations path would be mutual. For instance, Israel understood that while it was letting go of some of the most despicable terrorists on the planet, in return the PA would remove its objection to a few hundred housing units in the disputed territories.

Turns out Israel was wrong. In return for the releases we get nothing. Or, as PA Minister Hanan Ashrawi (the Palestinian Golda) put it, the most we’re getting from this is that the PA will not apply for now to be accepted as a member state in various international organizations. They’ll do it eventually, but as long as Israel keeps setting free the killers of its citizens, they PA will show restraint.

Yasser Abed Rabbo, secretary general of the Palestine Liberation Organization (PLO), denied any understandings regarding a quid pro quo on killer-go-home and Jew-build-home.

“Establishing a link between settlements and the freeing of prisoners goes against all the undertakings made,” Abed Rabbo told AFP. It would “create a very dangerous situation that we would not accept at any cost.”

So, as things stand today, Tzipi Livni is acting more as an agent of the PA than as a defender of the right of Israeli citizens—who didn’t vote for her, but are entitled to be protected by her. She squashes legislation that would empower our government to stand up to hostage-taking terrorists, she misrepresents the concrete understandings regarding continued Jewish life east of the 1949 armistice line, aka the green line, and she accuses the folks who object to all this of plotting to assassinate her.

Under these circumstances, I see only one way out of this mess. Someone should start a rumor going that Tzipi Livni is saying that Sara Netanyahu is fat. Once those rumors reach their natural target – that’ll be the end of Tzipi Livin’s career.

Otherwise, folks, we’re up against the most ambitious, self-righteous, venomous, spiteful operation against Jewish life in Judea and Samaria, and she’s wearing three hats. 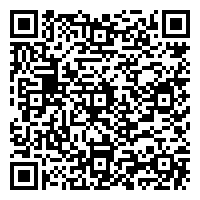