Like every single tragic death over the past two month near the Gaza Strip border fence, this needless loss would have been avoided had the dead person refused to heed the urgings of Hamas and stayed home on Friday. Razan Ashraf Najjar, 21, a volunteering paramedic and nurse – according to the PLO news agency WAFA – was 100 yards away from the Gaza-Israel border fence, when she was seriously hit by a bullet in her back that penetrated her heart. She died a few minutes later.

The IDF, at this stage, is not necessarily disputing the PLO story, declaring instead: “Cases in which a civilian is alleged to have been killed by IDF fire are thoroughly investigated by the relevant command echelons and examined by the General Staff debriefing mechanism, and this will be done regarding the current allegations. The findings of the investigations are transferred to the Judge Advocate General’s Office.”


Yes, let’s put the fear of God in the hearts of those IDF soldiers.

Anyway, other versions of Najjar’s death have her expiring in an ambulance on the way to Khan Yunis in the southern Gaza Strip. In most versions, Najjar is providing medical treatment to protesters who were storming the fence. One version claims her patient was elderly. The WAFA report calls Najjar “Angel of Mercy,” turning her into the Florence Nightingale of Islamic terrorism.

Rasha Abdul-Rahman Qdeih, a fellow paramedic, told WAFA that Razan and she were moving towards the border fence where many protesters had been injured, looking to provide the injured with first aid. Qdieh said five Israeli military vehicles appeared on the Israeli side of the fence and two Israeli soldiers were seen getting off and pointing their rifles at the protesters.

To summarize: Arabs were storming the fence, some of them had already been injured by the army’s front line of defense, other Arabs persisted in their attempt to storm the fence, so Israeli troops showed up at the scene.

“I cried to my fellows to take caution as we came under fire from the Israeli soldiers,” Qdeih reported. “Still, we were able to evacuate the injured to a safe haven. After we were done with our mission, we started moving back and we were about 20 meters away from the border fence … at this point, we came under a barrage of gunfire.”

Lady, what did you expect when you challenged the soldiers who were there to keep you away from the fence? Mind you, we don’t necessarily accept this version of the events, because it is provided by the PLO. But even if every word in it is true, we have to ask – what were they thinking?

The IDF Spokesperson’s Office referred to the incident in which Najar was killed, stating, “On Friday, violent riots in the Gaza Strip took place in several locations with the participation of thousands of Palestinian rioters, as part of the attempts by the Hamas terrorist organization to strike at Israel’s security infrastructure and carry out terrorist attacks, thereby turning the fence area into an underground.”

“In yesterday’s disturbances, terrorists fired at IDF forces and the fence, throwing grenades and explosive devices. Stones were also thrown, tires were torched and there were disturbances inside the fence perimeter. IDF forces acted to protect the fence and civilian security in the Israeli settlements, and acted in accordance with the rules of engagement.”

The IDF Spokesperson added that “the IDF is constantly working to draw operational lessons and reduce the number of casualties in the border fence in the Gaza Strip. Unfortunately, Hamas deliberately targets civilians. Every week, Hamas places young children, boys and women, at the forefront of the violent disturbances, who are sent to the fence and act as human shields for the realization of Hamas’ goals.

“The IDF repeatedly warns civilians not to approach the fence nor take part in violent incidents and terrorist attacks. The IDF will continue to act professionally and determinedly to protect the citizens of Israel and the security infrastructure.”

“Thousands of mourners attended Najjar’s funeral procession in Khan Younes. They waved the flags of Palestine and chanted slogans calling for the Israeli perpetrators to be brought to justice,” WAFA reported.

We call on the IDF not to throw its finest and bravest soldiers under the PLO bus. 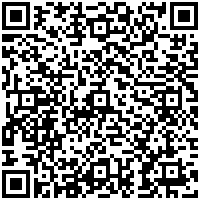