An Arab man was shot dead Saturday at around 10:30 a.m after attempting to ram an IDF patrol in Hebron with his mini-bulldozer.

An IDF spokesman said soldiers from the Yehuda Brigade had opened fire at a terrorist  who tried to run them over with his vehicle. The IDF said the terrorist was killed on the spot. No IDF troops were injured in the incident, the spokesman said. 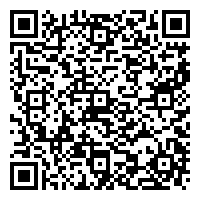