Last Tuesday, July 23, Israel was singled out yet again by the UN’s Economic and Social Council as the only country in the world that violates women’s rights. The resolution passed by 40 out of 54 member-countries, including Saudi Arabia, Iran and Pakistan, the most notorious enemies of women.

Nothing was said about the fact that millions of Arab women endure corporal and even punishment for the way they dress or behave; genital mutilation, honor murder, even in European countries, like those that voted to condemn Israel.


On the other hand, Israeli Arab women enjoy access to education, jobs, and political freedoms like any woman in any developed liberal democracy has come to expect. Not many people around the world are aware of this, because their media conceal it from them, pushing the anti-Israel line instead.

That this UN resolution is anti-Semitic goes without saying, but it is also an assault against oppressed women in Arab countries who continue to suffer away from the world’s attention because everyone in the civilized world is busy condemning Israel.

Who’s Responsible for the Meron Disaster? 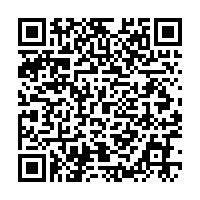