Israel’s Prime Minister Benjamin Netanyahu focused his remarks at the start of his meeting in Moscow with Russia’s President Vladimir Putin on the lessons learned by the Jewish People as a result of the Nazi Holocaust.

Both leaders attended the opening ceremony for an exhibit at the Jewish Museum and Tolerance Center marking 75 years since the 1943 uprising at the Sobibor concentration camp. The museum — the largest such Jewish museum in Russia — is located in the Chabad complex in Moscow.

The exhibit, ‘Sobibor: Those Who Defeated Death’ was dedicated to the only successful uprising of prisoners in a Nazi concentration camp in the history of World War II at Sobibor in 1943, organized by Soviet officer Alexander Pechersky (1909–1990). The Russian and Israeli heads of state were shown a plan of the Nazi-built camp for Jews and prisoners of war, which was drawn based on descriptions by the surviving prisoners. One of the exhibition stands recounts in detail the timeline of the events of October 1943, when 420 people managed to escape capture, as well as the fate of those who didn’t make it. The exposition has Alexander Pechersky’s manuscript and personal belongings on display. Putin and Netanyahu watched a documentary about Sobibor and an interview with the son of one of the surviving participants of the uprising.

“I very much appreciate this invitation and your personal appearance in this place [the museum], today, which reflects our common struggle against the greatest evil that humanity has known, and the awful price paid by my people, the Jewish people, and the Russian people and the great sacrifice of 20 million Russians alongside our 6 million, and the heroism of the Red Army in achieving victory over the Nazis,” Netanyahu said.

“We see here this very moving presentation of documents from the Sobibor uprising, in which a Jewish Red Army officer led – against all odds – the successful breakout, the breakout to freedom. I think that the main lesson of the rise of the Nazis and, afterwards, their defeat, is that one needs to take a strong and timely stand against murderous ideologies,” Netanyahu said.

The Israeli prime minister added that he wished to speak about “our common efforts to promote security and stability in our region” and the cooperation between Russia and Israel. “Our talks, which we hold periodically, in my view, greatly contribute to achieving these goals and I am certain that they will do so now as well,” he added. 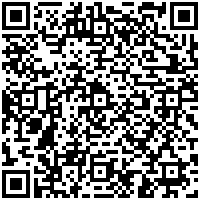