Two suspects linked to the Iranian-backed Lebanese Hezbollah terrorist organization are being tried by a Bulgarian court in absentia in connection with the deadly July 2012 terror attack on an Israeli tour bus outside Burgas Airport.

On Wednesday (Jan. 17) the court heard testimony from several witnesses who were present at the airport at the time of the explosion that ripped through the bus.


Five Israelis were killed in the attack, along with the Bulgarian bus driver and the alleged bomber, Mohamed Hassan El-Husseini, a dual French-Lebanese national. In addition, 35 others were wounded.

El-Husseini’s two accomplices – Lebanese-Canadian Hassan El Hajj Hassan, and Lebanese-Australian Meliad Farah – both disappeared off the map and remain at large. Despite the issuance of an Interpol warrant their whereabouts are unknown.

“They will be tried in absentia for a terrorist attack and manslaughter of several people as well as for a range of other crimes such as document fraud and preparations for an act of terrorism,” according to prosecutor Krasimir Trenchev, who spoke with journalists in Sofia.

The next hearings are for February 6 and 7. 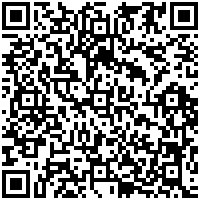