Prime Minister Benjamin Netanyahu ordered Israel’s Ambassador to the United Nations Educational, Scientific and Cultural Organization on Friday to submit his official letter of withdrawal to the organization.

Israel joins the United States in its withdrawal from UNESCO. The U.S. gave its notice in October, and plans to leave the organization at the end of next year in accordance with the rules of the organization.

Ambassador Carmel Shama-HaCohen is to formally submit his notice of withdrawal to UNESCO leader Audrey Azoulay after Christmas next week, informing UNESCO that Israel, too, will end its membership at the end of 2018 as well.

According to Foreign Ministry spokesperson Emmanuel Nahshon, the decision was made due to the attempts by UNESCO to “disconnect Jewish history from the land of Israel.”

HaCohen said, “UNESCO broke all records of hypocrisy, incitement and lies against Israel and the Jewish people. Israel and the Jewish nation should be the first to donate to this organization and the last to leave. However, in the ‘Theater of the Absurd’ that is UNESCO, sane countries have nothing to find.”

Ambassador HaCohen said the prime minister’s decision to pull Israel from UNESCO also came as a show of support for the United States.

“For many years, the U.S. made sure that Israel doesn’t walk alone, despite facing an overwhelming majority and paying a price. The bottom line is that the U.S. left UNESCO for Israel, and it is our moral duty that it doesn’t do it alone.”

Nevertheless, the withdrawal letter will also contain a proviso that allows Israel to rescind its decision, should UNESCO revise its conduct and change its behavior and attitude towards Israel before the end of 2018. According to a senior Israeli official who spoke with Channel 10 on Friday. 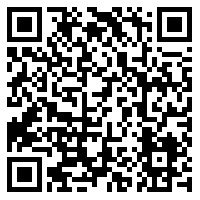