The results of a first-ever official census of “Palestinian” refugees taken in Lebanon were released Thursday, with a figure drastically below that which is quoted by the United Nations Relief and Works Agency (UNRWA) on its official website and for that matter, which is often quoted by other aid groups.

The census, carried out by the country’s Central Administration of Statistics and the Palestinian Central Bureau of Statistics, revealed there are 174,422 Palestinians today living in Lebanon, the New York Times reported Thursday.


But the official website of the United Nations Relief and Works Agency (UNRWA) claims, “Some 450,000 refugees (449,957) are registered with UNRWA in Lebanon, with many living in the country’s 12 refugee camps. Palestine refugees represent an estimated ten percent of the population of Lebanon.”

Lebanon’s Prime Minister Sa’ad Hariri said the official data will put to rest the speculation over how many Palestinians are actually living in the country.

Misrepresentation of statistics about the number of Arab refugees who fled from Israel’s 1948 defensive war of independence who arrived in Lebanon, and their descendants, are not new, however.

U.S. Colonel Trevor N. Dupuy, Ret., a military historian, encountered more than a few, during a visit to Lebanon following the first Israeli-Lebanon War in 1982. He discussed his findings in an interview with Jerusalem Post reporter Pearl Sheffy Gefen in an article published October 29, 1982.

“The sensational reports of tens of thousands of civilian casualties, some asserting 60,000 in South Lebanon alone, were clearly false and should have been recognized as such by the newsmen who made the reports,” he said. “It should have been equally evident to those reporters that their stories of 600,000 homeless refugees were impossible, since this is roughly equal to the total population under Israeli control in Lebanon.

“There could have been no more than 20,000 refugees, many of whom I saw returning from the north to their homes in South Lebanon, and most of whom had become refugees when they were forced from their homes by the PLO occupation of South Lebanon in the late 1970s.”

One wonders how the UN Relief and Works Agency registered nearly half a million Palestinian refugees, and yet the Lebanese Central Administration of Statistics, together with the Palestinian Central Bureau of Statistics only managed to track down 174,422 Palestinians.

In November, even Hamas claimed that some 260,000 Palestinians had left Lebanon over the past few years, seeking better economic and security conditions in other countries.

Perhaps this massive disparity will prompt the UN Secretary-General to consider a review of other UNRWA reports and statistics, particularly with regard to Palestinian population impact studies — or at least prompt journalists to question their own reliance on UNRWA “fact” sheets.

Or perhaps some donor countries may want to investigate where all the money they donated to assist 275,535 imaginary Palestinians in Lebanon has been going.

Surprisingly, Lebanese Prime Minister Saad Hariri subsequently called on donor countries, according to a report in Anadolu Agency, to increase their levels of assistance to UNRWA “with a view to meeting refugees’ basic needs and ensuring a just solution to their cause.”

Lebanon does not allow “Palestinians” to work or obtain Lebanese citizenship, both of which would go a long way in helping them meet their basic needs.

UNRWA defines a Palestinian refugee as any Arab who lived in British Mandatory Palestine between June 1946 and May 1948, and all of their descendants thereafter, regardless of where they were born.

This is the only refugee group in the world to which the status of “refugee” has been applied beyond a single generation. 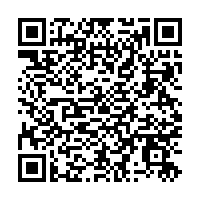