An Israeli security delegation will leave for Washington this week for talks with senior officials in the White House and in the American defense establishment, Ha’aretz reported Tuesday. The delegation will be headed by Mossad Chief Yossi Cohen, Military Intelligence Chief Major-General Hertzi Halevy, and Head of the Political-Military Bureau at Israel’s Ministry of Defense Zohar Palti.

The apparent reason for the urgent visit by Israel’s top security people has to do with the agreement reached in early July between President Donald Trump and Russian President Vladimir Putin on a ceasefire in Syria, or as Trump put it in a tweet: “We negotiated a ceasefire in parts of Syria which will save lives. Now it is time to move forward in working constructively with Russia!”

Yes, well, at least one US ally didn’t agree. In mid-July, Netanyahu told reporters in Paris that Israel opposes the cease-fire agreement in southern Syria reached between the US and Russia because it perpetuates and even enhances the Iranians’ dominant presence there.

The problem with the US-Russian negotiated ceasefire deal, is that it does not do enough to prevent the increased Iranian involvement, which is a do-or-die issue for Israel.

The deal includes establishing de-escalation, or safe zones, along Syria’s borders with both Jordan and Israel.

But Israel has voiced its reservations, insisting that those zones must keep Iran, Hezbollah and Shi’ite militias away from the Israeli and Jordanian borders, preventing Iran from consolidating a dominant military presence in Syria.

According to official Israeli sources, Iran is past the stage of just sending “advisers” to Syria, and is mobilizing substantial military forces into Syria and is establishing both an airbase and a naval base there.

Netanyahu treated the Trump move on Iran just as he had done the Obama pro-Iran move, by openly criticizing what has been the US President’s most significant deal with Russia.

To his credit, Netanyahu was unafraid to openly express his major disagreement with both super powers, after whispering it through quiet diplomatic channels had failed.

It worked. He got the Administration’s attention.

The same senior WH official said that the coming round of talks was set up by senior advisor to President Trump Jared Kushner, and by Greenblatt.

“The talks will focus on Israel’s security needs vis-à-vis Syria and Lebanon, and they will not deal with the Israeli-Palestinian peace process,” the senior White House official said, stressing that “the arrival of the Israeli delegation is a powerful sign of the Israeli government’s trust in General McMaster.”

General McMaster has been the target of a massive attack by the right—which some suspect was initiated by Trump’s senior advisor Steve Bannon, accusing McMaster of being anti-Israel.

Prime Minister Benjamin Netanyahu’s office said there was nothing out of the ordinary about the delegation’s mission, insisting it is part of the routine security talks between Israel and the United States.

Israel was also extremely unhappy with Trump’s allowing the Russians to send their troops to police the cease-fire in the safe zones along Israel’s border.

When Netanyahu tried to communicate his objections through quiet channels, both the Americans and the Russians completely ignored him, even quipping that Israel would have to learn to live with the new situation.

Now it’s time for the professionals on both sides to repair a very bad, very bigly dangerous agreement. 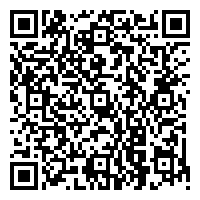