The White House tried unsuccessfully to arrange calls between President Biden and the leaders of Saudi Arabia and the United Arab Emirates, as the US was attempting to forge international support for Ukraine and tame the surge in oil prices, Middle East and US officials told the Washington Post on Tuesday.

The refusal of Saudi Crown Prince Muhammad bin Salman and UAE Crown Prince Muhammad bin Zayed to take Biden’s call happened in recent weeks, when officials in these countries have increasingly criticized US policy in the Persian Gulf. Biden eventually spoke with the 86-year-old King Salman, bin Salman’s father, and their conversation dealt with the long-standing partnership between their two countries. The Emirati Foreign Ministry said that the conversation between Biden and the country’s regent was postponed.


Saudi officials told the Post that relations with the United States had deteriorated under the Biden administration, and they wanted more significant support from their ally for their intervention in the Yemeni civil war, along with help with their civilian nuclear program and dealing with Iran’s nuclear program. Another issue that has come up is the Saudis’ demand to offer immunity from prosecution in the US to the Saudi Crown Prince who faces several open inquiries over his involvement in the killing of Saudi journalist Jamal Khashoggi in 2018.

Their Emiratis share Saudi Arabia’s concerns after the restrained response by Washington to the recent Iranian-backed Houthi missile attack on American targets. Another issue of concern between for both governments is, of course, the significant progress made in the Vienna negotiations with Iran, to usher in the revival of the nuclear deal which does not address the security concerns of all of Iran’s neighbors in the region.

The White House is currently trying to repair relations with Saudi Arabia and the United Arab Emirates, two key countries in the Middle East the administration needs on its side, as oil prices continue to skyrocket and now stand at more than $130 a barrel. Saudi Arabia and the UAE are the only two oil producers that can pump millions of additional barrels of oil to help calm the turbulent global market.

This closeness has reached such a level, that the two heirs to their respective thrones spoke with President Vladimir Putin last week, after refusing to speak with Biden. 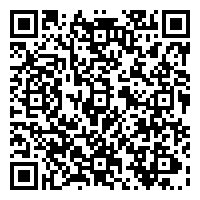