Evangelical leader Laurie Cardoza-Moore on Sunday issued a call to President Trump and Prime Minister Netanyahu to stand strong and apply Israeli law over the Biblical heartland of Judea and Samaria. Speaking in a specially produced video message for Sunday’s Sovereignty Now online rally, Cardoza Moore compared the two leaders to the Biblical Caleb and Joshua, the only spies (out of 12) who came back with a positive report about the Land of Israel.

Netanyahu is expected to proclaim sovereignty over a humble portion of these lands in the coming days, although many rightwing Israelis are not holding their breath.


Cardoza-Moore is the host of the Award-Winning Christian Television Program Focus on Israel.

“Over the last four years we have seen some of the most historical events happen in our lifetime. We had a President elected, Donald J. Trump, and a great Prime Minister in Jerusalem, Benjamin Netanyahu. We know that God raises up Kings and he brings them down. He raised up these two leaders for this specific time in history and this can’t go unnoticed. It was President Trump that kept his word and moved the US embassy into the heart of Jerusalem. He recognized Israel’s sovereignty over the Golan Heights, which has been Israel’s for almost 4,000 years, all part of the covenant made by God to Abraham. Now we are awaiting the announcement of Prime Minister Netanyahu that Israel has the sovereign right to Judea, Samaria and the Jordan Valley and President Trump has proclaimed his support for these efforts,” she said.

A few unavoidable corrections: the nation of Israel wasn’t there 4,000 years ago. The traditional timeline places the exodus from Egypt between 1312 and 1248 BCE, making our existence as a nation only about 3,300 hundred years – which ain’t shabby, but it ain’t 4,000 years either.

As to the Golan, which is referred to by the Talmud as Syria, the debate was raging among our sages as to whether it was part of the promised land. In fact, some sages forbade importing produce from the Golan into the holy land, because the soil attached to the roots of the fruits and vegetables was impure, having come from outside.

Jewish dominion over the Golan was never permanent. Interestingly, the last time the kingdom of Judea received official rule over the Golan was in the fourth decade of the first century CE, and it was awarded by the emperor Caligula.

Laurie Cardoza-Moore concluded her video with a quote from God’s message to Joshua: “Be strong and courageous for it is you who will cause these people to inherit the Land that I have sworn to their father to give them. That is a message for you President Trump and Prime Minister Netanyahu.” 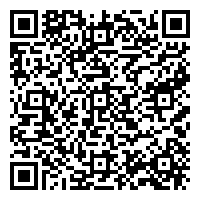